“Small is beautiful” is an aptly brief summary of the thinking of Leopold Kohr (1909-1994), an Austrian philosopher influenced by Anarchism and influential on the Green movement. In his best-known work, ‘The Breakdown of Nations’, he applied his theory of size to nations. Why? “There seems only one cause behind all forms of social misery: bigness…” Or, put differently again: “Whenever something is wrong, something is too big.”

The main question for society, therefore, is “not to grow, but to stop growing. The answer: not union but division.” Not something you often hear advocated by politicians. Kohr wrote about half a dozen other books in all, also wrote one titled ‘Is Wales Viable?’ – a question that has still not been answered satisfactorily. Here are some maps he designed:

As Kohr saw it, the problem with Europe’s geopolitical makeup was the fact that its states were not equal in size, allowing the ‘big ones’ to dominate the rest. Or at least try to, hence the endless series of wars in Europe. One way to solve this, would be to chop up the continent into rectangular chunks of territory, disregarding most existing cultural, religious, linguistic and natural boundaries. 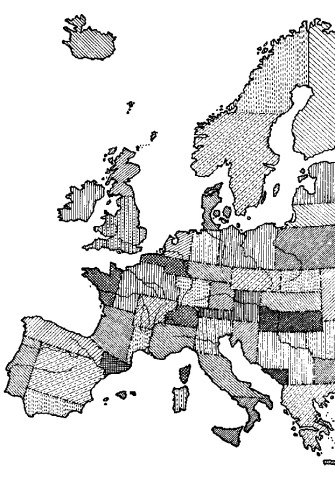 The US à la Europe

According to Kohr, the division into many states of roughly equal size is what made the USA strong as a nation. Should America be organised into states of unequal size, disaster would be bound to happen. States such as: 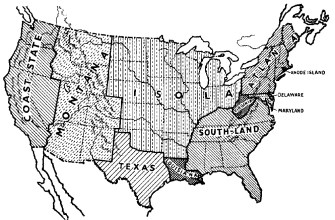 A Europe of small states

One  last map by Leopold Kohr, also an addendum to his book ‘The Breakdown of Nations’ (1957). Kohr probably realised that dividing Europe into rectangular, US-style states would clash with the ‘tribal’ makeup of the Old Continent’s culturally diverse peoples. So he modified that idea to propose a European federation of ‘little states’: still too small to cause harm, but more in line with Europe’s ethnic composition. 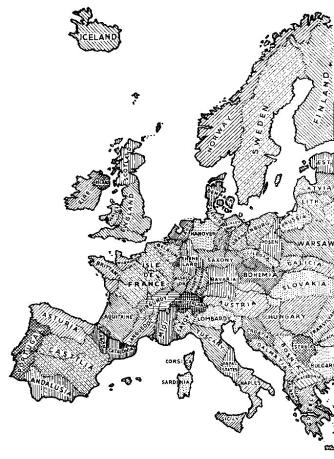 Some states are small enough to continue undivided: Eire, Portugal, all 5 Scandinavian countries, the 3 Baltic countries (which weren’t yet independent at that time), the Netherlands and Belgium (is Luxembourg too small for this map, or has it been absorbed by Belgium?), Austria, Hungary, Albania, Greece, Bulgaria and Switzerland. The bigger European states are divvied up along not unfamiliar lines:

These maps are taken here from an online version of The Breakdown of Nations.

13 – The retreat of Cornish

Cornwall is the southwesternmost county of England. As with other ‘extremities’ of the British Isles, it was one of the refuges of the original (partially romanized) Celtic inhabitants, fleeing before […]