Borders between countries are inviolable and immutable: That’s the principle which underpins the international order. If changing them is such a big deal, those international borders must be venerably ancient. Wrong! As this map shows, more than half their total length was delineated after 1900. Less than 1% of the world’s current land borders were drawn up before the year 1500.

The oldest border has a specific birthday: 8 September 1278. That’s when Roger-Bernard III, the count of Foix, and Pere d’Urtx, the bishop of Urgell signed the so-called Tractat de pareatge. This feudal charter established their joint sovereignty over the mountain territory of Andorra and fixed its borders.

The county of Foix has been extinct since 1607, but the charter still holds: high in the Pyrenees that separate France from Spain, Andorra continues its existence as an independent condominium. Its ceremonial heads of state (officially ‘co-princes’) are the bishop of Urgell and—as the legal successor of the counts of Foix—the president of France.

The remarkable longevity of the arrangement makes Andorra’s borders the oldest ones in the world (1). This September, they will be celebrating their 740th birthday.

On the other end of the spectrum is the northern border of South Sudan, the world’s newest country since it voted to split from Sudan in 2011. However, the new border itself is older than independence: it’s made up of bits demarcated in 1924, 1956 and 1960—all when those borders were still well within the unified Sudanese state.

The only exception is Abyei, an oil-rich region disputed between Sudan and South Sudan. Its borders were defined in 2009 by the Permanent Court of Arbitration at The Hague. That makes them the youngest international border in the world—sort of: while its status remains in dispute, it’s unclear whether the northern or southern segment of the dotted line encircling the region will end up separating Sudan from South Sudan (2) (3). 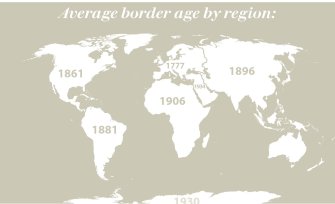 As indicated by the South Sudanese example, borders can be much older than the countries they separate. Take for instance the land border of East Timor (4), the first nation to gain independence in the 21st century. It voted to secede from Indonesia in 2002. The new international border was decided by neither country: it was fixed by their former colonial overlords, Portugal and the Netherlands, back in 1902.

This map was put together by Reddit user PisseGuri82, who traced each currently existing border to the earliest codification he could find. The map does not take into account older borders that were not officially defined, nor more recent border corrections that were relatively minor. That is an imperfect method, leaving much room for discussion, and improvement.

“However,” says the mapmaker, “I’m hoping this overview gives an interesting look into how the concept of modern borders has spread throughout the world, in which regions they’ve meandered, where they’ve settled in and where they were simply imposed once and for all.”

Let’s have a closer look at some of the world’s borders—click here to explore the zoomable map. 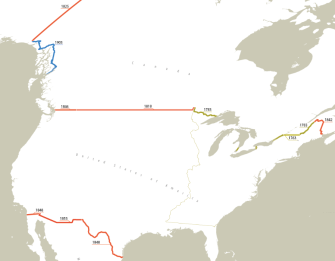 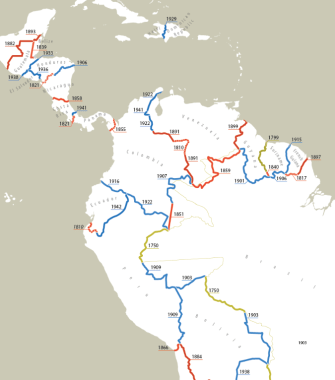 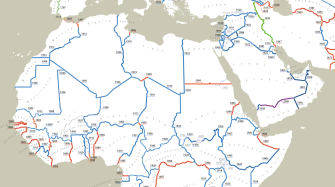 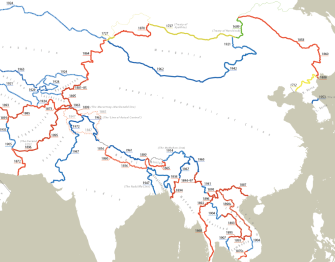 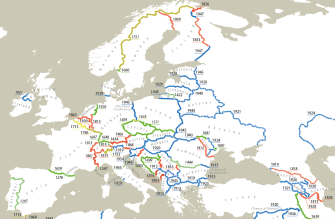 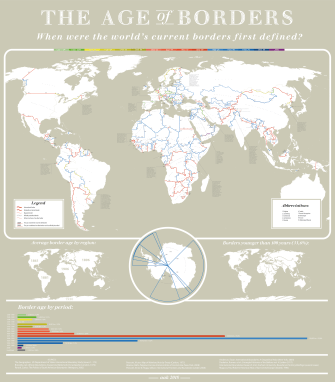 Many thanks to Jana Roose for sending in this map, found here on Reddit‘s MapPorn page.

(1) At least according to this map. Some stretches of the Spanish-Portuguese border may be older, some commenters on Reddit have pointed out. The mapmaker has promised to produce an updated version of the map.

(2) Until such time when a referendum can be held to determine the permanent status of the Abyei Area, its 125,000 residents are considered to be simultaneously citizens of both Sudan and South Sudan. It’s the world’s largest-scale experiment with Heisenberg’s uncertainty principle to date.

(3) Actually, the newest border on this map is a line drawn across Antarctica – but since territorial claims are frozen on the Frozen Continent, borders are even more hypothetical on Earth’s southernmost continent than anywhere else.

(4) Your eyes aren’t deceiving you: East Timor is mislabelled on this map – it’s placed over West Timor, which remains a part of Indonesia.

First Stars Formed No Later Than 250 Million Years After The Big Bang, With Direct Proof

The Universe is an enormous place, but we can’t see all the way back to the beginning. Here’s the latest record-breaker.No matter how far back we look in the Universe, […]