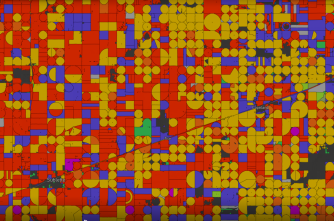 This is where precision farming meets abstract art. OneSoil, an agritech start-up from Belarus, has just launched an interactive digital map of crop data for more than 57 million fields across the U.S. and Europe.

The map provides detailed information on various crop types in 43 countries collected over the past three years, allowing users to see how fields have changed from 2016 to 2018.

The OneSoil map makes local and global trends in crop production available to everyone with a stake in farming. In so doing, it helps predict market performance of these crops, and aids decision-making by farmers and traders. 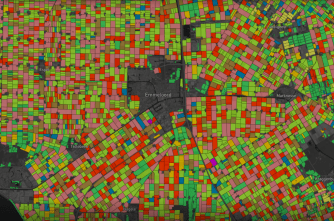 Atypically square for Europe, these fields are in Flevoland, the Dutch province reclaimed from the sea.

But the map is more than just practical. It boasts a ‘Random Beautiful Fields‘ button that could keep you occupied for the next few hours. As the company’s website says, “the map is a great interactive tool for students and researchers. And last but not least, it is simply fun.”

The data for the OneSoil map comes from open-source satellite imagery released by ESA, the European Space Agency. By a combination of computerized visual analysis and machine-learning algorithms, OneSoil has been able to distinguish between 19 different crops with 92% accuracy. The map provides info on hectarage, crop and country crop rating. 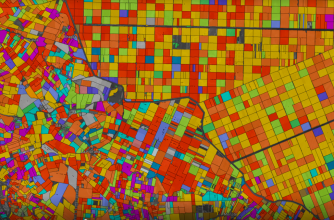 Order meets chaos in the northern Italian region of Emilia-Romagna.

It’s part of OneSoil’s ‘precision farming’ platform, designed to help farmers monitor their fields and calculate the amount of fertilizers they need to apply. Agricultural professionals can use the free platform to share notes with their colleagues.

“The world’s population is constantly growing, but the amount of agricultural land remains the same. [So] farming must be more effective than ever before”, says Slava Mazai, OneSoil co-founder and CEO.

Launched in 2017, OneSoil says its aim is “to make precision farming available to everyone.” The company will continue to add countries and data to its map. It projects its map will cover all arable land on the planet by 2020. 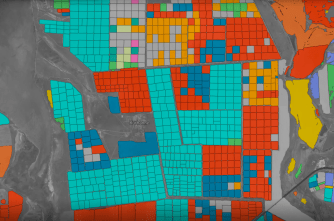 So far, OneSoil has raised half a million dollars in venture capital funding, but it has yet to make money. While the company says its platform will always remain free for small- and medium-sized farms (of up to 100 fields or 10,000 hectares), it will roll out paid services for larger agro-businesses, and is exploring how to create and sell analytical reports based on the data it generates.

OneSoil is based in Belarus’ version of Silicon Valley. Located just outside the capital Minsk, High-Tech Park (HTP) is a special economic zone with low taxes and less regulations, in order to stimulate the growth of an export-oriented ICT industry. 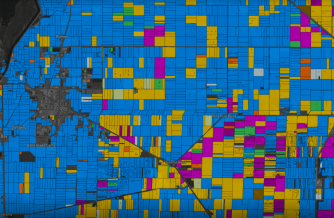 Over the past few years, HTP has grown rapidly to become one of Eastern Europe’s major hubs for the development of artificial intelligence. Almost 400 companies reside in HTP, with a total of more than 30,000 employees.

One of Europe’s more obscure countries, Belarus is wedged between Poland and Russia. It has been dubbed ‘Europe’s last dictatorship’; its president Alexander Lukashenko has been in power since 1994—the longest-serving head of state in Europe, not counting kings and queens. 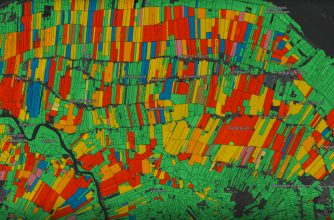 Grass, wheat and maize (yellow) near the mouth of the Elbe river in the German state of Lower Saxony.

Mouth of the Elbe

For more, visit the map on the OneSoil website.

Many thanks to all who sent in this map. Got a strange map? Let me know at strangemaps@gmail.com.

Global Warming Forecast: Cloudy With a Chance of Forced Migration and Obedience …

Global warming forecast: Cloudy with a chance of forced migration and obedience to Russia

Organisms respond in similar ways to similar circumstances.
The Future

The first human that isn’t an Earthling could be in our lifetime.
▸
5 min
—
with
Robert Curbeam
Up Next
Hard Science