For those who both love superheroes and cartography, the southeast corner of the map of Turkey holds a pleasant triple surprise: a river, city and province, all named Batman.

The river itself was known in Antiquity as Kalat or Nymphios (‘bride’ in Syriac and Greek) and by the Arabs as Sâtîdamâ (‘bloody’, after the battles fought near its banks). Batman came into use only in the 19th century, possibly short for Bati Raman, a nearby mountain; or for batman, an Ottoman unit of weight (just under 7.7 kg or 17 lb; the equivalent of 6 okka). 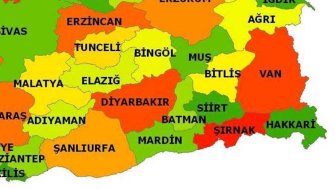 The three Turkish Batmans are not the only places that bear the same name as Bruce Wayne’s crime-fighting alter ego. Batman is also a city in Iran’s Kermanshah province – actually not that far from its Turkish counterpart, as the bat flies. And also an electoral district and railway station in Melbourne, Australia, both named after John Batman (1), one of the city fathers. Accidental though its link to the caped crusader may be, Batman in Turkey has not been shy about exploiting its link to Batman of Gotham City.

In 2008, Batman mayor Huseyin Kalkan tried to sue Warner Bros. and Christopher Nolan (director of Batman Begins and The Dark Night) for royalty infringement, on the grounds that they used the city’s name in those movies without permission or payment. The claim never made it to court – and perhaps just as well: Batman the comic is two decades older than Batman the city, so a reverse suit would actually have been the slightly more credible of two very spurious claims.

The current attempt to link city and hero stems from a petition initiated by Batman resident Kemal Atakan Kırca. “Batman needs some change! We can start with the border. By changing the border, we can make it more realistic”, reads his petition on Change.org. Calling on the governor of Batman to help reshape the borders of his province to resemble the famous Bat-Signal, the petition has already gathered more than 20,000 signatures in less than a week. 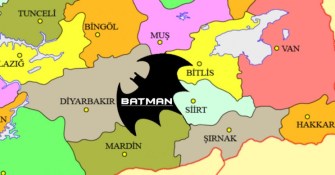 If Mr. Atakan and his more than 20,000 co-signatories get their way.

Some signatories have gone even further, suggesting that Batman city be renamed Gotham (2). Neither change is likely, but the attention can only benefit the interest in Batman (city and province). Turkey is a major tourist destination for Europeans and Middle Easterners alike, but most stay close to the major cities and coasts in the country’s west.

Many thanks to Kees Huyser for sending in the proposed map, found here on Interesting Engineering. Map of current borders found here on Turkish Lessons.

(1) Batman is a rare, but genuinely English surname. A more common variant is ‘Bateman’.

(2) From the old English for ‘goat home’, the original Gotham is an actual village in Nottinghamshire, England.

Ask Ethan: Where Does The ‘Energy’ For Dark Energy Come From?

Perhaps energy isn’t conserved at all in an expanding Universe.If you have a Universe full of stuff — whether that’s atoms, dark matter, radiation, neutrinos, or anything else — it’s virtually impossible to keep […]