In case you’re not up on the latest LEGO Technic sets, which feature interconnecting rods, axles, gears, motors, and more, here’s a little teaser put out by the company to get more people interested in both the Technic sets and the Italian Grand Prix, which happens this weekend. 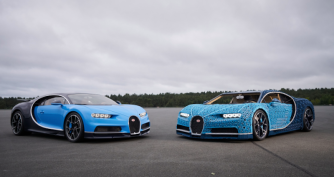 It took a little under 13,500 people-hours, but these folks built an actual, full-sized replica of the Bugatti Chiron—and drove it. Fun fact: It tops out at 19 miles/hr, since over 2,000 Lego Power Function motors are included, and they deliver a max of 5.3 horsepower.

Finally, after one million pieces were put into this thing, it was finished. 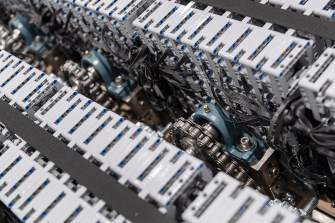 To be fair, it wasn’t entirely LEGO pieces; there’s a steel frame, some batteries, 3d-printed gears, and Bugatti tires. 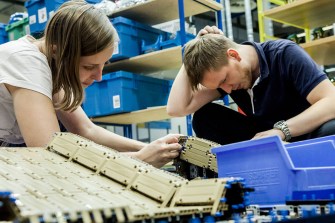 It’s well outside the budget of most of us mere mortals; the motors alone would be over $70,000.

But it’s a shining example of what’s possible with these new LEGO building blocks.

Since Curiosity looks like it might be down for the count after the Mars dust storms, perhaps this is a way to replace it?

Watch the LEGO Bugatti drive here (and no, that guy didn’t really need a racing helmet):

Facebook allowed advertisements promoting gay conversion therapy to be targeted to users who had ‘liked’ pages related to LGBTQ issues, according to a recent investigation by The Telegraph.