Isaac Newton defined the optical spectrum, but it was Goethe who first understood that color is more than just a physical problem. In Theory of Colours (1840), the German writer and painter examined phenomena like colored shadows, refraction, and chromatic aberration, as well as the psychology of color, “marvelling at color’s occurrences and meanings” and hoping to uncover its secrets. His great insight: color vision is shaped as much by human perception as it is by mechanical functioning.

He was a man of poetic sensibilities. He was also right. Today, neuroscientists believe that your eye doesn’t see color at all — your brain creates it and constructs it through neural processes. Different features including color, shape, location, and velocity are picked up by different regions of the brain and then integrated into a holistic perception of an object.

“This is a wonderful area where both science and philosophy have tended to really collaborate, have been in dialogue with each other. In many cases the leading philosophers have also been the leading scientists thinking about this,” says the philosopher Alva Noë, a former fellow of the Oxford Centre for Cognitive Neuroscience.Watch the interview:

But when you look at the world, what are you really seeing? Are the keys of a piano black and white, or do they create the sensation of black and white in your brain? And how?

“One view,” says Noë, “is that color is a property of the surfaces of objects, not the property we naively think we see, but maybe something like a disposition to absorb and reflect light of certain wavelengths… another view is that…  color happens to us. The leaves in the tree are not green. Greenness is just something that happens. In me it’s a kind of sensation that is produced thanks to the activation of my nervous system by those leaves.”

Psychologists at the University of Chicago recently used a technique called binocular rivalry to study how the brain represents color. In an experiment, two different images were presented to each eye, vertical green stripes to the left and horizonal red stripes to the right, pitting the signals against each other and making it difficult for the brain to integrate both. “The brain cannot fuse them in a way that makes sense. So the brain sees only horizontal or vertical,” explained Steven Shevell, one of the authors of the study.

The researchers figured out a way to allow the horizontal pattern to be suppressed without eliminating the red color, so that both the red and green colors reached consciousness. The colors seemed to play music chairs in the brain. A single object was identified by subjects as having two colors. According to Shevell, the study proves that color is connected to an object in the brain through an active neural process. A “disembodied red, which originated from the unseen horizontal pattern in one eye, glued itself to parts of the consciously seen vertical pattern from the other eye.” This is, of course, an explanation from the color-as-neural-activity camp.

But Noë’s more interested in color as an ecological property — a feature of the way light and surfaces interact.  Like Goethe, he believes that color is fluid, changing, open to interpretation. We think of it as stable, but it’s not. It can look one way under one light, one way under another, different when you turn it different ways or notice a new highlight. By his estimation, “It’s not… intrinsic to the surface of the leaf that it is green. It’s greenness is in the way it behaves in relation to lighting.”

We also perceive colors through different lenses. For example: language. There are, as the linguist Guy Deutscher points out, radical variations in the way languages carve up the spectrum of visible light. Green and blue, for example, are two distinct colors in English, whereas in many other languages, they’re considered two different shades of the same color. Scientists and linguists theorize that “the colors that our language routinely obliges us to treat as distinct can refine our purely visual sensitivity to certain color differences in reality, so that our brains are trained to exaggerate the distance between shades of color if these have different names in our language.”

Could the way we see a painting really come down to whether or not our native language has a word for blue? It’s possible.

“For me colors are like shapes,” Noë explains. “Just as a three-dimensional shape has a hidden backside, so colors have hidden ways they would look if the conditions of lighting were changed.” Indeed, the whole world may be hidden that way, out of reach of our direct knowledge. Because all we ever know is that our nervous system is bombarded by stimulation, “that which is causing the stimulation is always beyond us.” 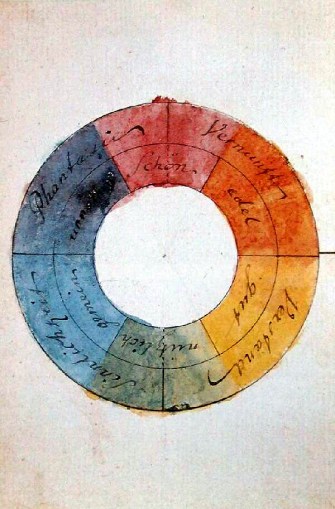 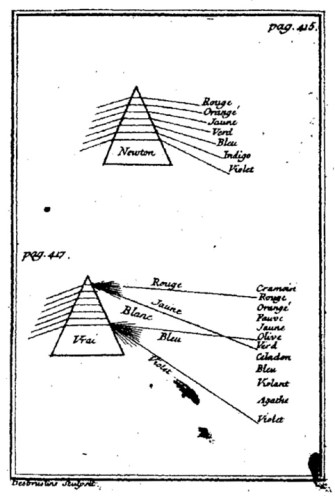 Correction: A previous version of this article misspelled Goethe. It’s Goethe, not Goethë.

I’m always impressed at the low-tech nature of today’s most brazen hacking attacks and abuses of identity. It’s inevitable that someone will lie to get at your information, then leverage […]