What science classes did you take in school? Biology? Chemistry? Physics? Perhaps an environmental science class? For most Americans, science education starts in grade school and continues every year to the high school level. Those of us who attend university will often require a general education class in the sciences as well. We explore the various bodies of knowledge and come out with a basic understanding of how the world works, in theory.

But, for all of our science education, we may be missing something big.

Think about it, in our science classes we tend to learn various facts about each of the fields of science; the mitochondria is the powerhouse of the cell, every action has an equal and opposite reaction, and so on and so on. However, as astrophysicist Neil deGrasse Tyson points out, “One of the things that I think is missing in the educational pipeline in America is… a class on what science is, and how and why it works.”

For all of the above science classes you probably took, how many of them focused on what science is beyond the class’ introduction? For many people, without the benefit of that knowledge, science becomes something you can choose not to believe in, in the same way you might pass on new age fads or certain interpretations of historical events. 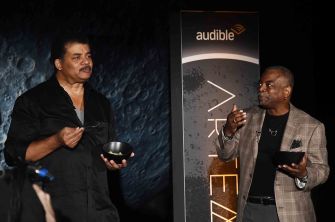 Dr. Tyson sees this as a problem, one that affects every area of our culture. In an interview with The Florida Times Union, he explained his position on the subject.

“…science is more than a body of knowledge; it is a way of thinking. It is a wiring of the brain that empowers you to probe whether something is real or not in this world. If you do not have the power to judge that, to judge what is true and what is not true, then you might think that science is just one way of knowing things and, hey, here’s this other way of knowing things and there’s no difference between the two, and I choose to believe this and not that.

Many people have the misunderstanding of science that he alludes to, the idea that it is one of several possible systems for viewing the world. One which is selected by the individual and has no particular claim to truth. Some people (who the author has known) view the tendency for science to change its position on the nature of reality as new evidence comes to light as proof that most of it is bunk.

A class like Dr. Tyson suggests would explain how science works explicitly, and how the facts it lays out are as objective as empirical evidence can be. It would also have to explain the difference between a personal worldview based on values, experiences, and culture; and objective facts, which science often provides.

He goes on to show us what happens when people can’t differentiate between objective truth and the things they believe are true.

“We now have people where the facts of climate change conflict with their political worldview. It’s really a cultural worldview that manifests in politics. Your cultural worldview is ‘I don’t want to lose my coal job,’ ‘I’m heavily invested in oil companies’ ‘I like oil and I don’t care that it pollutes.’

So that is your cultural standpoint and that standpoint resonates with certain industries and if you are a politician who wants to favor those industries you’ll come out and say that ‘global warming is not anything that I care about if it going to constrict these cultural and political plans that I have.’

“Now, if we had all been trained to know what science is and how and why it works, none of them would say ‘I choose not to believe this.’ They instead would say ‘OK, I hear you, I just don’t care.’ That would at least be honest.”

While his example is on climate change, there are many areas where the political and social debate in the United States continues despite the overwhelming agreement of scientists that the facts of the issue are settled. The questions of evolution, the safety of vaccination, the reality of climate change, and the natural occurrence of homosexuality all come to mind.

Each of these issues are settled, scientifically speaking. Our debates over them are cultural, but pretending otherwise unduly complicates them, so argues Dr. Tyson. Teaching our society that the empirical questions are settled, but that this leaves room for debate on how we are to interact with that information, would not only elevate our discourse, but allow us to actually solve our problems.

Now, it is understandable why a person who has not been properly educated on the nature of science might object to that previous statement. After all, if you cannot do the math, the theory of Relativity can seem to be as based on faith as the book of Genesis. If this is so, why should they think science has the better answer? This is what our education system needs to explain if we want to have a reasoned debate.

Dr. Tyson does his part to help educate people on what science is and how it works. His Big Think interviews are just a small sample of the work he does. Others like Philip Kitcher also help to explain how science works and why we should take the consensus as fact.

Our society is more dependent on science and its advances than ever before. Is it time for our understanding of how science works to catch up?

Finding a warm-hot intergalactic plasma is amazing! But we still need dark matter just as much as ever.“There are stars leaving the Milky Way, and immense gas clouds falling into […]