Physicist Lucien Hardy of the Perimeter Institute for Quantum Physics in Canada has an experiment he wants to try. His believes his experiment could provide evidence that the human mind operates outside the laws of classical physics. Specifically, he’s looking to see if the human mind can influence the behavior of entangled quantum particles using a test that first proved their existence.

Quantum entanglement describes what’s going on when observation of one particle simultaneously fixes its state and the state of another, distant particle even light years away. Entanglement was predicted by early 20th century equations. The distance involved troubled Einstein, though, who wondered if objects could really be influenced by non-local forces? (Hence his famous description of entanglement as “spooky action at a distance.”) Max Planck first used the word “entanglement” (Verschränkung in German) in a letter to Einstein around 1935. 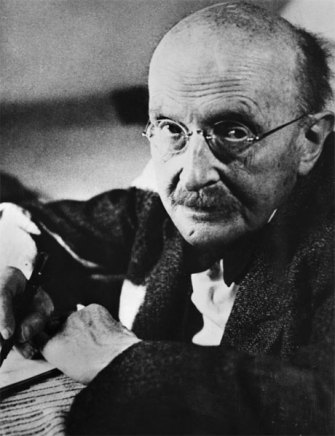 It was mostly viewed as an odd paradox. To classical physicists, seemingly entangled particles could just be two particles that change states in the same way — either by forming at the same time or by some thus-far unknown nearby factor called the “the local hidden variable” — and whose observation was merely catching them in their mutual identical state at a particular point, rather than determining that state.

Then in 1964, John Stewart Bell published a paper in which he asserted that there’s no local hidden variable that could otherwise explain all of quantum mechanics’ predictions regarding entanglement, and thus the state of objects does not need to be determined by a nearby factor. And he devised a test whose results supports his conclusion. The Bell test has been performed in a variety of ways since then, and has shown that the incidence of identical behavior between distant particles aligns more often than could be explained by chance, or even by cheating (that is, using local hidden variables.) WIRED has a great detailed explanation of how a Bell test works, and the Delft University of Technology has a fun video example of it in operation:

It’s a Bell test that Hardy is interested in running, with an added wrinkle of his own. Instead of varying the properties to be observed using random number generators, he proposes observing entangled particles with A and B detection units positioned 100 kilometers apart, and whose settings are controlled by EEG signals from headsets on 100 human volunteers.

What Hardy is looking to see after a large number of tests is whether the correlations line up with what’s been seen in previous Bell tests, or something else. If they’re different, it would suggest that something — i.e., the human subjects’ brains — is influencing the number of correlations, and something that would have to be outside standard physics to have that effect.

““[If]you only saw a violation of quantum theory when you had systems that might be regarded as conscious, humans or other animals, that would certainly be exciting. I can’t imagine a more striking experimental result in physics than that,” Hardy told New Scientist. “We’d want to debate as to what that meant.” 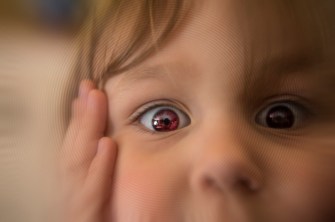 New Scientist also spoke to Nicolas Gilsin of University of Geneva in Switzerland about Hardy’s proposal. He’d rather see the test performed with humans consciously setting A and B, since he wonders if the current plan may be too similar to random number generation. “There is an enormous probability that nothing special will happen, and that quantum physics will not change.” And yet, “if someone does the experiment and gets a surprising result, the reward is enormous. It would be the first time we as scientists can put our hands on this mind-body or problem of consciousness.”

Ask Ethan: What happens when a black hole’s singularity evaporates?

If even black holes won’t last forever, what will happen when the last one goes?“My discovery that black holes emit radiation raised serious problems of consistency with the rest of physics. […]