If you needed to get a hole drilled in your head, would you like a doctor who was trained before or after the development of the germ theory of disease? As it turns out, you might want to go old school on this one. That is what a new study on trepanation in the Inca Empire by doctors and anthropologists tells us anyway.

Trepanation is a medical procedure in which a hole is bored into the skull. It has been practiced since ancient times and has been used to treat migraines, seizures, trauma, mental illness, and even a demonic possession or two.

It was practiced by many ancient cultures including the Greeks, Chinese, Romans, and Peruvians. It fell out of favor during the middle ages, but a variant of it is still used today to help relieve pressure on the brain after traumatic injury.

While it doesn’t seem like a great idea to have a hole drilled in your head before the basics of sanitation were understood, many patients survived for decades after the procedure, as evidenced by signs of healing around the hole in their skulls. 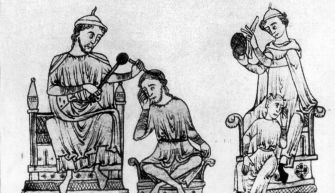 A depiction of a surgeon performing a trepanation in 1350. Despite the decline of the procedure, it was still performed until the advent of modern neuroscience. (Hulton Archive/Getty Images)

Trepanation and the Incas

It seems like where you had it done might have figured into if you survived or not.

In a study published in World Neurosurgeryby David S. Kushner of the University of Miami and others, skulls of patients who had undergone trepanation were examined for signs of survival. Using hundreds of skulls which could be dated to different eras, a timeline of the progress made by Peruvian medicine was created.

While the earliest surgeries, those taking place from 400 to 200 BCE, had a long-term survival rate of only 40%, that rate increased to 53% for those who got the surgery between 1000 to 1400 CE. The rate rose again during the Inca Empire, reaching an impressive 75-83% long-term survival rate. That’s not bad for a pre-Enlightenment society.

The ancient skulls also show how the procedure was refined, with smaller boreholes needed for later operations and more careful “grooving” of the skull to prevent infection of the brain being noticeable as well. The nature of the cuts in the bone also shows that the tools being used were improved over the centuries.

“Over time, from the earliest to the latest, they learned which techniques were better, and less likely to perforate the dura,” Kushner said.  The dura, a membrane surrounding the brain, holds in fluids and prevents infection. The Incas understood that survival was dependent on avoiding infection and their changing techniques reflect this. 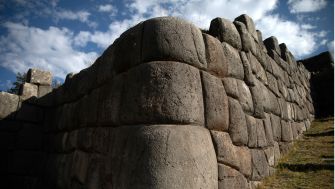 An example of Inca ingenuity, these walls are so closely fitted they do not require mortar. The Inca also had fascinating social systems, fantastic infrastructure, and an amazing system of knotted strings to record information. (Dan Kitwood/Getty Images)

Why were the Incas so good at trepanation?

While the exact reasons can never be known, a few ideas come to mind. While the Incas were clearly trying to avoid infection by avoiding the dura, American Civil War doctors were practically asking for infection during their procedures, which were often done with unsterilized tools after poking dirty fingers into wounds in search of shrapnel.

There is also evidence that some of the skulls from the 1000 C.E. period were subjected to postmortem examinations; suggesting that there was an attempt by the Incas to understand anatomy better and improve techniques. After centuries of work, the statistics show it paid off.

Lastly, the study concludes that “evidence shows that the surgical techniques from all the civilizations and time periods were initially the same but were refined through trial and error.” The doctors of Peru, who have left no written works we can find, likely had a strong system of apprenticeship and an oral tradition of passing medical knowledge forward that outperformed the medical systems found elsewhere.

So, if you need a hole in the head, who should you call? While trepanation is no longer a go-to surgery for cranial aliments, the dedication, expertise, and innovativeness of the Inca doctors are traits that are eternally vital to all fields. While not all of us can be cranial surgeons, we can all learn from the progress these doctors made.

A medical entomologist points to metabolism, body odor, and mindset.
Up Next
Mind & Brain

A review of 33 trials confirms that loading your body does your brain good.