We’ve written before about what may be one of the most cold-hearted research proposals ever, the ReAnima project. A U.S. company, Bioquark, planned to partner with an Indian firm, Revita Life Science, to attempt to partially revive 20 brain-dead patients in a hospital in India. Bioquark CEO Ira Pastor explained to Inverse that “even the transition from irreversible to a deep coma state would be a major win.” However, that “win” would be the scientists’, not the patients: At best, they’d still be in a deep coma, totally dependent on ongoing medical support. Now the Indian Council of Medical Research (ICMR) has stepped in to block ReAnima from proceeding in India.

The idea behind ReAnima was to see if the doctors could stimulate the kind of brain regeneration that’s been seen in salamanders, sea cucumbers, and some other animals. They planned to use “injections of mesenchymal stem cells and peptides, and transcranial laser stimulation and median nerve stimulation,” according to the Science. (Bioquark would supply the peptides intended to stimulate cell regeneration.) Both transcranial laser stimulation — exposing the brain directly to pulses of near-infrared light — and electrical stimulation of the median nerve have produced cognition improvements in patients with some brain damage. However, there’s scant evidence that they can do anything for brain-dead patients. 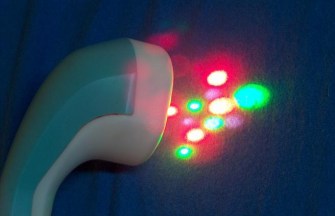 There are a number of ethical questions raised by ReAnima.

First off, of course, the patients stand to see little meaningful benefit from the invasive experiment.

Second, differing standards on what constitutes brain death leave the team with a perplexing definition of “success”: They’re aiming for a restoration of electrical activity in the brain, even though according to the definition of brain death in the U.S. and Europe, that activity can already be present.

Perhaps the most troubling issue is the decision to conduct these trials in India. While the project’s supporters insist they chose the country for its lower intensive-care costs, others note that India doesn’t require informed consent for experimentation on the brain dead, making it easier to proceed without getting permission from their families, and without the need to have any plan or funding in place for the remainder of the patients’ lives. (The orthopedic surgeon leading the project, Himanshu Bansal, told The Wire that this last issue has recently been addressed with the purchase of an insurance plan to cover lifelong medical care.) 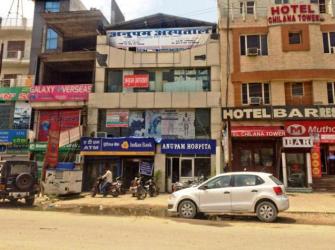 Anupam Hospital, where ReAnima would occur (THE HINDU)

The ICMR deregistered the ReAnima project, citing some regulatory issues, including the project’s failure to obtain permission from the Drug Controller General of India G.N. Singh, whose permission is required for any clinical trial in India. ICMR is demanding Singh kill the project.

Bansal, however, claims the project doesn’t need permission because the brain-dead are considered cadavers under Indian law. Not so fast, Geeta Jotwani, deputy director general at ICMR told The Wire, “The hypothesis is they will get revived. Once they are revived, they will be human beings, won’t they?”

Bioquark, at least, isn’t giving up yet, apparently, saying they’ll move the trials out of India to…somewhere else, if need be. “We are in no major rush,” Pastor told Science, “in that it represents a ‘Google Moonshot’–style project. Many road blocks, no doubt, will pop up. But the project will go on.”

Fake News Is an Unpleasant Symptom of a Bigger Problem

Don’t believe everything Google tells you. Facebook and Google are taking measures against fake news, but it’s becoming clear that it’s a symptom of a bigger problem.