Two teams of scientists, one at the Gábor Tamás Lab at University of Szeged in Hungary and another led by Ed Lein at the Allen Institute for Brain Science in Seattle, have jointly announced the discovery of a fascinating and new type of neuron in the outer layer of the cerebral cortex. It seems—at least so far—to be unique to human brains. It’s called a ‘rose hip’ neuron. The identification of these human-only rose-hip neurons is a show-stopper in two different ways.

Why rose hip neurons could be a big deal

What’s so special about humans?

Rose hips neurons are the only type of neuron that scientists believe is unique to humans, and thus may provide an important clue as to what separates us from other animals. Going forward, it may be that rose hip neurons will be found in other primates—as has happened before with other seemingly human-only structures appearing in other large-brained species—but so far, it’s us alone.

The neurons highlight questions about brain studies of mice 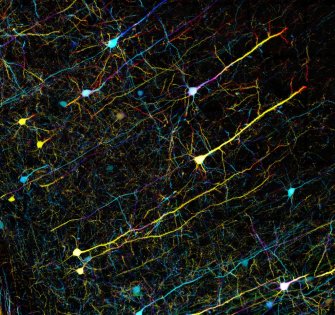 The existence of rose hip neurons in human brains also underscores the questions surrounding brain research into human conditions using mice. Their brains most definitely do not have rose hip neurons, nor do they seem to have any other neurons that perform its suspected function.

In addition to concerns about the morality of testing on animals, it’s frequently been the case that apparent advancement in brain treatments based on mouse studies fail when applied to human brains. The new discovery undermines the use of mice in these studies as evidence our brains are not sufficiently similar to be useful in research. Tamás points out, “Many of our organs can be reasonably modeled in an animal model. But what sets us apart from the rest of the animal kingdom is the capacity and the output of our brain. That makes us human. So it turns out humanity is very difficult to model in an animal system.”

What rose hip neurons are believed to do

The rose hip neuron was discovered at the same time by the two teams looking at the brain in different ways.

The team from the Allen Institute was examining individual neurons’ transcriptomes, the set of RNA molecules they contain, one at a time extracted from two donated frozen brains. As Megan Molteni writing for WIRED puts it, “If DNA is like the blueprint for a car, RNA is like the parts list.” 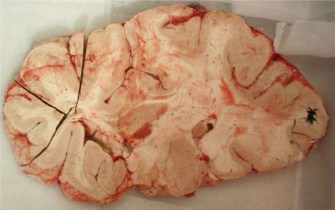 One of two post-mortem human brains studied at the Allen Institute (Allen Institute)
Thus, the transcriptomics tells us what a neuron contains. Unique gene expression patterns in the rose hip neuron tipped them off to what they might do: The patterns match most closely with those in known inhibitory neurons, suggesting that rose hip neurons apply the brakes to the charges produced by other, excitatory, neurons. Lein suspects they may play a role in mental illness.

The Hungarian researchers spotted the neurons visually, using dyes in living tissue donated from brain-surgery patients, and mapping responses to different electrical stimuli. Lein says, “In the course of doing these recordings, [Gábor Tamás] started to notice a very distinctive type of cell that, to him, had the shape of a rose after the petals have fallen off. So he called them the ‘rose hip’ cell.” They sequenced the odd-looking structures and found its genetics markers coincided with those from the Allen group, revealing that both teams had found the same thing, but from different angles. 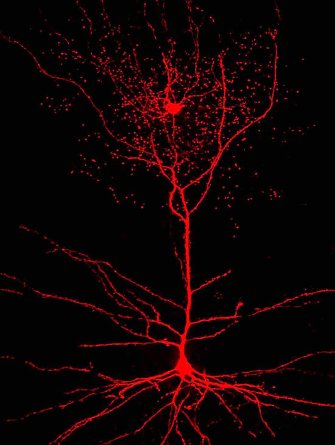 While the researchers have affirmed rose hip neurons appear in none of the lab animals, including lab mice, more tests will be needed to be sure they’re unique to humans. According to Lein, “It’s too early to say that this is a completely unique cell type because we haven’t looked in other species yet. But it really highlights the fact that we need to be careful about assuming that the human brain is just a scaled-up version of a mouse.”

How a Participatory Culture Affects Your Bottom Line

As organizations become increasingly digital and include remote teams or people working a few hours — or even time zones — away from the office, it can be challenging to […]