You might not think of your neighborhood hipster as a fearsome figure but if you imagine the Vikings, one of history’s most famous fighting forces, chances are you would envision them all with beards. The enemies America has been fighting for decades in places like the “Greater” Middle East,” as it was called under the first Bush administration, have also generally been bearded men. What is the connection between beards and masculinity? Do bearded guys make for better fighters? These are some of the questions answered by Australian psychologists in a recent study.

The researchers from the University of Queensland took beards seriously, writing that “beards are the most visually salient and sexually dimorphic of men’s secondary sexual traits and play a strong role in communicating masculinity, dominance and aggressiveness intra-sexually.” They hypothesized that beards could help in “intra-sexual” combat, serving as protective organs and signaling fighting ability. Bearded fighters might also get knocked out less often, with fewer jaw injuries, abrasions, lacerations and brain damage. It would also make sense that if beards gave their wearers an advantage, bearded fighters would win more fights.

To get some concrete data on how much beards really help, the scientists looked to professional mixed martial arts fighters, who compete in the UFC – the Ultimate Fighting Championship. They tried to understand if some are better fighters due to such traits as height, weight, beardedness, fighting stance (whether someone is a southpaw or orthodox), arm reach as well as their previous fighting track record. 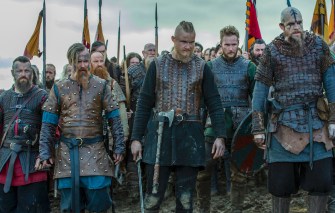 Somewhat contrary to their expectations, the researchers found no evidence that being bearded was linked to fewer losses by knock-outs or an improved fighting ability. They did find that fighters with longer reaches did better, winning more fights, but neither how you stand or the previous track record had much impact on fight outcomes.

The scientists concluded that one situation where beards might give a leg up is when they work as “dishonest signals of formidability” – basically making their owners look more imposing than they really are, stopping some conflicts from escalating simply by intimidation “rather than providing advantages in direct combat.” Indeed, previous research from some members of this team found that beards can add to “facial masculinity and dominance” among males by exaggerating how big the jaw structure appears. The beard also makes expressions look more aggressive. But it won’t help you in an actual fight. 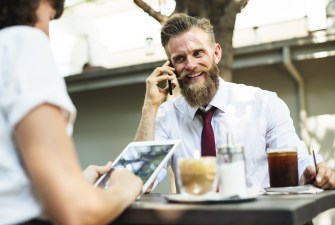 Who else is interested in these kinds of questions? The U.S. military, which has been conducting a studyto figure out whether to allow beards in the army. The jury is still split on whether the current policy will change.

I Am An Astrophysicist. Here’s What Stephen Hawking’s Final Paper Was Actually About

Spoiler: it isn’t the end of the Universe, and it’s not likely to lead to new evidence for the Multiverse, either.On March 14, 2018, the most famous and celebrated scientist […]