Scientists have discovered a rare hybrid between a melon-headed whale and a rough-toothed dolphin in waters near Kauai, Hawaii.

The discovery, made last year, was confirmed this week in a report released by researchers with the Cascadia Research Collective, a nonprofit which in August 2017 conducted a two-week project to photograph, tag and record audio of marine mammals.

The hybrid was the team’s “most unusual finding,” said project lead Robin Baird.

“We had the photos and suspected it was a hybrid from morphological characteristics intermediate between species,” Baird told The Garden Island newspaper. “We were able to get a biopsy sample of the animal.”

A genetic analysis revealed the animal was likely a first-generation hybrid between a female melon-headed whale (a rarely seen type of dolphin) and a male rough-toothed dolphin, marking what’s thought to be the first-ever documented discovery of a hybrid between the two mammals.

The researchers named it steno bredanensis.

“Hybrids among different species of whales and dolphins have been previously recorded, but this is the first case of a hybrid between these two species, and only the third confirmed case (with genetics) of a wild-born hybrid between two species in the family Delphinidae,” or oceanic dolphins, Baird told Fox News. 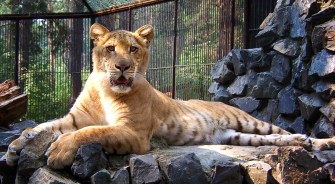 The dolphin hybrid was a rare find, but crosses between species in the animal kingdom are actually quite common.

A mule, for instance, is a hybrid between a male donkey and a female horse. There’s also more exotic hybrids–zonkeys (donkey and zebra), ligers (lion and tiger), pizzlies (polar and grizzly bear), beefalo (domestic cow and buffalo) and wolfdogs. And, perhaps surprisingly, you might even be a hybrid yourself, considering scientists have identified slight traces of Neanderthal DNA in humans.

Many animal hybrids are possible, but few survive past the first generation. That’s because two animal species are unlikely to have the same number of chromosomes, and hybrids won’t be able to reproduce if their parents are too genetically dissimilar. Even if hybrids can reproduce, they’d likely face other challenges in their environment, like being disadvantaged by their uniquely inherited traits or competition from other species. It’s for these reasons that hybrids in the plant kingdom are often more successful. 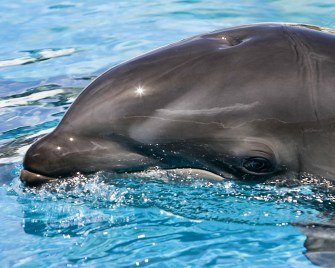 Still, some dolphin hybrids have successfully reproduced. Kekaimalu, the only known living first-generation wolphin, which is a cross between a false killer whale and Atlantic bottlenose dolphin, gave birth to a female calf in 2004, and today the two live together at Oahu’s Sea Life Park. However, that baby was the result of her third pregnancy; her first offspring died in infancy, the other at age 9.

Much remains a mystery about the newly discovered dolphin hybrid, but the Cascadia Research Collective team hopes to learn more about it and other marine mammals in another project in the Hawaiian waters this August.

Ask Ethan: Which Movies Get The Science Of Time Travel Right?

It’s one of the most common tropes in science fiction. But which movies actually get the science right?The way we travel through time, at a speed of one second per second, […]