The quest for eternal life is ancient. Our oldest surviving mythologies address this point. Gilgamesh, for example, dives to the bottom of the ocean to unearth the secret plant bestowing eternal life, only to have it stolen by a fish because he got groggy. We invent religious afterworlds (in)secure in the belief that there’s no way this can be all there is.

Then there are more earthly pursuits, such as injecting toxins into your face and paying exorbitant ransom to surgeons to craft youthful illusions. Equally relevant is transcending the flesh altogether; what a religion can do, so can Silicon Valley. Soon our spirits will fly free forever, our data imprinted into the cloud, cognition unleashed from blood and bile, just as the yogis of old promised four thousand years ago. Meditation is no match for code.

All this and more—so much, much more—has made life extension and immortality lucrative industries. Ernest Becker would have said it’s just that old paranoia of death rearing its head again, and perhaps this is so. Unconscious processes influence the broad scope of our reality. Yet an intriguing new study, published in the journal Science, claims that despite our average age hovering in the seventies, we actually don’t know how long we can live.

Dr. Elisabetti Barbi, an associate professor in the Department of Statistical Sciences at Sapienza University of Rome, and her team studied 3,386 Italians that made it to at least 105 years of age over a six-year period (2009-2015). Specifically, they looked at “hazard rates.” Do they increase once you hit a certain age? As it turns out, they tend to level out. As Barbi told the NY Times,

If there’s a fixed biological limit, we are not close to it.

Death rates are high during infancy. If you make it past those first few years, you’ll likely coast until your thirties, when the chances of death rise. They stay relatively stable until the seventies and eighties when there is a major spike in the risk of death. A few years ago, a team at Albert Einstein College of Medicine put the upper age limit at 115, with the oldest living woman, who passed at 122, being an extreme outlier. But that study was immediately criticized for poor data.

Not so with Barbi’s team. If you pass your eighties, your risk of death flattens out for—well, an exact number is hard to pin down. They end their paper concluding that more research could uncover that number, but for the time being, they write:

The increasing number of exceptionally longlived people and the fact that their mortality beyond 105 is seen to be declining across cohorts—lowering the mortality plateau or postponing the age when it appears—strongly suggest that longevity is continuing to increase over time and that a limit, if any, has not been reached.

Could we see the 122 mark breached anytime soon? Remember, becoming a centenarian is still rare. Yet the number of centenarians is predicted to increase eightfold by 2050, meaning that record is certainly going to be challenged in the century ahead. According to Pew, there will be 3.7 million centenarians in just over three decades. 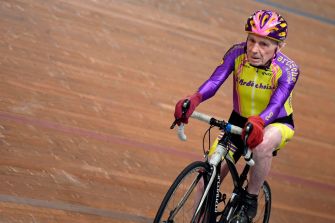 While better health care and tweaking telomeres (among other longevity extensions) are coming into play, we’re still battling the many epidemics of life: obesity, opioids, nationalism, and bigotry, the latter two increasing the likelihood of violence. All these factors increase stress, which takes its toll on our immune systems. So though we might be pushing the upper limit soon, how many people will benefit from older age remains to be seen, especially given the health care costs associated with aging.

Forever is impossible. As Alan Watts once said, eternity is not a measure of time, but a negation of it, and therefore shouldn’t even be considered. We are playing within the field of time; even this planet has a shelf life. How long we can hang around, though, remains open for debate.

Is the USA the best place to work in the world? OECD study says …

The 2018 OECD Employment Outlook of 2018, released on July 4, has some alarming news for residents of some of the key countries involved—especially for the good ol’ U. S. of A.