To say that space is “full of” anything must inevitably be an overstatement. The distances between objects in space are so vast that it’s mostly emptiness, at least as far as we can detect—dark matter, we’re looking at you. Nonetheless, it’s not the barren nowhereland punctuated occasionally by the odd meteorite we see in sci-fi, either. There’s lots of hydrogen out there, and there’s lots of carbon, too. And those two things come together to form greasy molecules, or “aliphatic hydrocarbon.” A new study has calculated for the first time just how much of this “space grease” there is. In our own Milky Way alone, the study concludes, there’s some 10 billion trillion trillion—that’s a 1 followed by 34 zeroes—metric tons of the sticky goo. When you finally get your own personal spaceship, you’ll need windshield wipers. 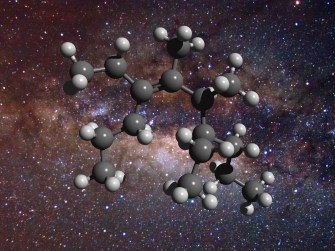 Illustration of a greasy carbon molecule. Gray spheres are carbon, white ones are hydrogen. (D. Young)

Stars and planets are the products of a continuous cycle of coming together and breaking apart of materials, propelled outward by immense energy releases from stars. The so-called interstellar medium (ISM) is a slurry of unattached materials floating around and potentially available for new star or planet formation. 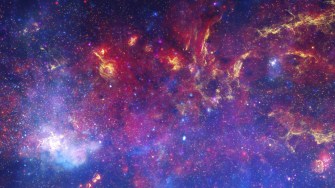 It’s believed that carbon is the fourth most abundant element in the ISM. Small molecules containing carbon form in stars’ cores after which they clump together to form larger carbon molecules or grains—up to 70% of space carbon is thought to be found in such grains. Released to the circumstellar regions around the stars, the carbon molecules and grains are eventually borne outward on stellar winds.

Scientists have suspected about half of the carbon out there in the ISM is pure carbon, and the rest is greasy aliphatic carbon and mothball-like aromatic carbon. (Mothballs are made of naphthalene, and aromatic carbon is a gaseous version.) But it’s not clear how much non-pure carbon there is. The mission of the new study was to figure this out.

The team of scientists from the University of New South Wales and Ege University re-created lab conditions similar to those that lead hydrogen and carbon to join in space to form the grease. 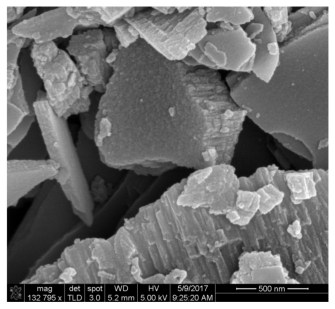 “The interstellar dust analogues produced in the laboratory enable us to better understand the nature of the dust particles in the ISM,” says the study. “In this study, we produced reliable dust analogues from gas phase precursor molecules by mimicking interstellar/circumstellar conditions.” The team calculated a 3.4μm absorption coefficient using both FTIR and 13C NMR spectroscopy. By applying the coefficient to the known carbon at the center of the Milky Way, they deduced that “The resultant aliphatic carbon column densities are least five times higher than some values reported previously.” That works out to about 54−135 parts per million of the carbon at galaxy center. As the study puts it, “This leaves a substantial proportion of the dust-bound carbon to be found in aromatic or olefinic structures.”

Though the University of South Wales’ UNSW Newsroom cheekily notes that’s about the equivalent of a trillion trillion trillion pats of butter, it’s not something you’d want to eat. “This space grease is not the kind of thing you’d want to spread on a slice of toast,” co-author Tim Schmidt tells UNSW. “It’s dirty, likely toxic and only forms in the environment of interstellar space—and our laboratory.”

Next up, the scientists will attempt to work out how much of what’s left is aromatic molecules.

We are stardust/We are golden/We are million-year-old carbon — Joni Mitchell, “Woodstock”

“We don’t have to worry about some evil dictator A.I. because we are the A.I. collectively. That seems like the best outcome I can think of,” says Elon Musk.