NASA has ordered the cancellation of Resource Prospector, the space agency’s only lunar rover currently in development.

The announcement comes less than a week after Jim Bridenstine was sworn-in as NASA’s new administrator. In a rather vague tweet posted on Friday, Bridenstine wrote:

Resource Prospector was a small rover that was set to launch in the 2020s with the aim of traveling to one of the Moon’s poles to excavate and study materials like water, hydrogen, and oxygen. The rover would have been able to examine lunar ice up close, possibly helping scientists determine whether humans could one day mine that ice for water, or convert it to rocket fuel. However, Friday’s news put those plans to rest—though Bridenstine said the rover’s parts will be used in an unspecified “expanded lunar surface campaign”.

“There are no other [NASA] missions being planned to go to the surface of the Moon,” Phil Metzger, a planetary physicist at University of Central Florida who is part of the science team for Resource Prospector, told The Verge.

The nix has left many scientists, some of whom have been working on the rover for four years, confused and frustrated. That’s partly because the cancellation seems to go against the directions of President Donald Trump, who in November 2017 released an order titled Space Policy Directive 1 that sought to refocus NASA efforts from Mars to the Moon.

“We’ll refocus American space program on human exploration and discovery,” Trump said. “This time, we will not only plant our flag and leave our footprint, we will establish a foundation for an eventual mission to Mars and perhaps someday to many worlds beyond.”

It’s possible that Resource Prospector was cancelled due to budgetary constraints. The Verge points out that the rover was transferred to a directorate within NASA that strictly funds science missions, which might have been problematic because, as its name suggests, Resource Prospector was primarily intended to conduct economic science.

“I don’t really know what the motive was, but I’m guessing it was probably budget related,” Metzger told The Verge.

Resource Prospector may never reach the lunar surface, but NASA has other projects in the works that could reach the moon and beyond. Here’s a look at some other missions NASA is currently planning.

NASA aims to study the “heart of Mars” with InSight, a robotic lander whose main goal is to land, set up its instruments, and sit quietly for two years as it records seismic activity—or “marsquakes”—on the Red Planet. 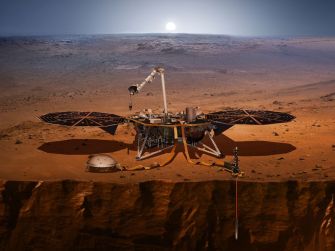 As part of an ongoing satellite mission, Grace Follow-On will provide scientists with a “unique view of Earth’s climate” by using GPS to measure how water on the planet gets distributed, and how sea levels and glaciers are changing.

People have been living aboard the International Space Station constantly since it was launched in 2000. These astronauts receive crew supplies and scientific experiments from resupply missions like those from Oribtal ATK’s Cygnus spacecraft, along with resupply missions from Russian, European, and Japanese space programs.

NASA plans to add an instrument to the International Space Station that will help scientists learn more about how changes in water availability affects the biosphere, and whether agricultural vulnerability can be reduced through by monitoring agricultural water consumptive use and improving drought estimation.

This historic mission will “revolutionize our understanding of the Sun” by flying a probe as close as 3.8 million miles to the star—closer than any other spacecraft in history. Scientists hope to learn more about how energy and heat move through the solar corona, and about the nature of stars in general. 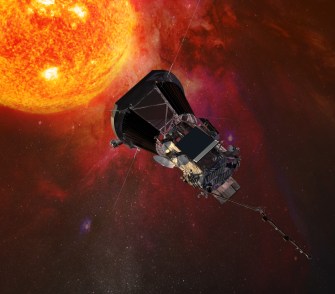 NASA launched this spacecraft in 2016 with the goal of sending it to a near-Earth asteroid, collecting samples, and flying it back to Earth in 2023. If successful, it will mark the first time a U.S. spacecraft has returned with samples from an asteroid.

Short for Ice, Cloud and land Elevation Satellite, this spacecraft will use high-precision lasers to study the elevation of Earth’s lakes, forests, sea ice, and “the changing ice sheets of Greenland and Antarctica.”

Much of our technological infrastructure relies on ultra-precise measurements for navigation, radio science, and global positioning systems. NASA hopes to improve these measurements with DSAC, a satellite that contains a small, mercury-ion atomic clock that’s reported to be 50 times more accurate than today’s best navigational clocks.

This Mars rover will roam previously unexplored regions of the red planet searching for evidence of past life. Mars 2020 will be able to travel through more treacherous territory compared to the Curiosity rover, providing NASA with more options for landing sites.

NASA is asking a lot of this robot: Its mission is to fly to a near-Earth asteroid, remove a multi-ton border, and fling it into Earth’s orbit, where astronauts will later explore it. The mission will hopefully help scientists prepare for future human space exploration, including missions to Mars.

The Psyche mission is a journey to a very strange asteroid, one that scientists believe is actually the exposed nickel-iron core of an early planet. Planetary cores are extremely difficult to reach, so this mission could provide scientists a unique opportunity to view one up close.

With a field of view 100 times greater than the Hubble, NASA aims to use this telescope to “settle essential questions in the areas of dark energy, exoplanets, and infrared astrophysics” by measuring light from nearby exoplanets across a billion galaxies. 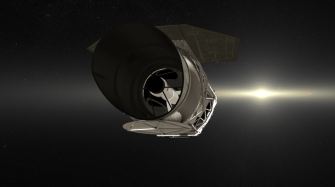 How good urban design can help us become better people.