There is no denying that advanced technology has traditionally displaced the workforce and a multitude of professions. How many blacksmiths and horse-drawn carriage workers do you know? In the past, we contended with waves of industrialism and disruption by shifting our skill sets and way of life. For centuries it has worked as our employment evolved with the times. But many today are fearful that this time it will be different. The standard quip we hear so often now is that “robots are going to take all of our jobs”  and this has got a lot of people seriously worried.

Advancements in automation, artificial intelligence and robotics are at the heart of this new concern. By 2030, according to a McKinsey Global Institute report – it’s estimated that approximately 350 million jobs will disappear. Another Oxford study predicted that nearly half of the current workforce could be gone within the next 50 years. This sounds like a lot, until you take into account the fact that a little over one hundred years ago a majority of jobs were held by farm workers. Today that makes up less than 2% of the world’s workforce.

There’s a possibility that even though we’ll be facing a new exodus of worker obsolescence, we may be entering into a more productive, fulfilling and grand new era of work and employment.

Instead of panicking or even rushing to pass preemptive legislation with a universal basic income, many leaders are beginning to realize work isn’t going anywhere anytime soon. In a recent work titled Don’t Fear the Robots: Why Automation Doesn’t Mean the End of Work by Roosevelt Fellow Mark Paul, he sets out to challenge the notion that automation will lead to widespread unemployment.

Paul argues against the idea that economic security and the future of the world will be adversely affected by this new advent of automation. He agrees with pundits that there will be a short-term amount of job loss, but work as we know it will remain. His focus is on ensuring a smooth transition into this new paradigm. These are the following policy changes Paul envisions: 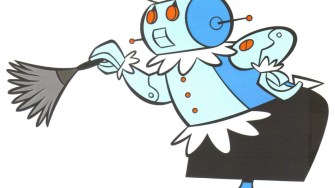 Automation’s current effect on the economy

Automated cars are taking to the street and the cashier-less registers have been a mainstay in grocery stores for quite some time. Signs of the changing times are all around us in so many ways. But some economists aren’t buying the hype. Instead, they’re looking at the data.

Robert Atkinson and John Wu of the Information Technology and Innovation Foundation wrote a paper in 2017 titled: False Alarmism: Technological Disruption and the U.S. Labor Market, 1850–2015. One of their main metrics for measuring this discrepancy with public opinion was with something called job churn. This metric tracks when people move from one company or industry to another because their jobs have vanished. They found that the churn since 2000 only amounted to 38 percent that occurred between 1950 and 2000. That is to say, in the age of the internet, job tenure is as stable as it was in the 1950s.

The authors of this paper and study didn’t hold back any punches when dismissing current common wisdom about automation and employment.

“It has recently become an article of faith that workers in advanced industrial nations are experiencing almost unprecedented levels of labor-market disruption and insecurity. From taxi drivers being displaced by Uber to lawyers losing their jobs to artificial intelligence-enabled legal-document review, to robotic automation putting blue-collar manufacturing workers on unemployment, popular opinion is that technology is driving a relentless pace of Schumpeterian “creative destruction,” and we are consequently witnessing an unprecedented level of labor market “churn.” One Silicon Valley gadfly now even predicts that technology will eliminate 80 to 90 percent of U.S. jobs in the next 10 to 15 years.”

The authors believe that at the root of these assessments is simply fallacious thinking and shoddy logic. So far it seems like there’s not much to worry about, or at least our concerns, for the time being, are a bit overblown. 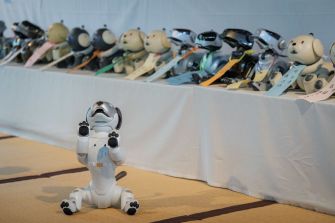 The future of work is more productive and engaging

Automation and advanced tech augment our performance in our current jobs in a number of ways. For example, we are no longer dependent on slide rules or manual apparatuses for productivity. We’re also a long ways away from the old oxen pushing the cart on the farm. Working as the servomechanism for routine tasks, humans have been freed to let their creativity reign and higher intellectual functions flourish.

As our productivity increases, we’ll utilize these tools to become more powerful in our work. This will lead to more fulfilling professional careers. On that very subject, Amazon CEO and richest man in the world, Jeff Bezos stated:

“I predict that, because of artificial intelligence and its ability to automate certain tasks that in the past were impossible to automate, not only will we have a much wealthier civilization, but the quality of work will go up very significantly and a higher fraction of people will have callings and careers relative to today.”

Perhaps we should be preparing for a more optimistic future of work rather than dreading it.

Wearing a tie cuts circulation to your brain

An even better reason to eschew alpha-male office culture.