They are sometimes known as water bears, which is a bit questionable because their appearance isn’t all that cute, but OK, I’ll accept that.

What makes them so freaking amazing?

1. They can survive in near-absolute zero temperatures. Like, where molecules and everything else come to a stop. Down to -459° F, which is -273° C. 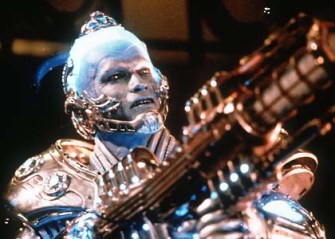 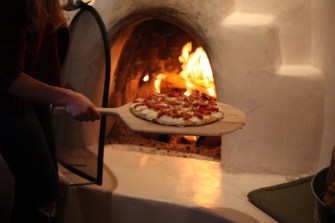 3. Most of them basically live on moss, algae, and water — some of the most common things that exist on a planet sustaining life. Some species are also carnivores, however.

4. Surviving in space? Piece of cake. Or moss, as the case may be. 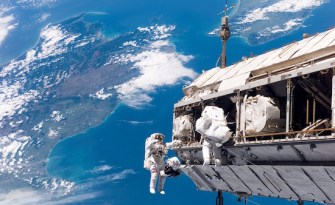 5. Scientists recently proved that they can be be brought back to life after 30 or more years encased in ice. And even lay eggs pretty much right away.

6. They can withstand up to 1000X the radiation that humans can survive.

7. What if you dehydrated them? Hey, that’s cool. When rehydrated, even after over 100 years, they can come back to life when conditions improve.

And have I mentioned they can live in space?! All of the qualities listed are necessary to do so.

So … what does that have to do with life on other planets?

The video below digs in a little more about that, but imagine: An asteroid hits a planet, pieces of that planet are injected into orbit and beyond the orbit of that planet … and there are water bears on board.

There’s a theory called “the panspermia hypothesis” which suggests exactly that as a possible method for life spreading to other planets.

But also, maybe studying them can give us some clues as to how to survive as temperatures and conditions on the Earth become more extreme.

If you’d like to find books, stuffed animals (!) and more about these little water bears, here’s a place to start.

There are a ton of videos about them online, too.

(Fair warning: Your productive work day might have just been derailed, because it’s hard to stop finding out more about them!)

What your birthstone means, according to science

Geology rocks!“Nobility, without virtue, is a fine setting without a gem.” –Jane PorterThere are plenty of people out there who’ll give you a rundown of what your birthstone means, where […]