Are people getting smarter or dumber? It seems an easy enough question to answer. Researchers look at IQ tests; see if scores go up, down, or sideways; and report their findings. You, in turn, google the question and read an article detailing said findings.

Perform such a search, however, and you will net a surprising amount of contradictory claims. Many, many, many headlines maintain that people today are more acute than ever. Yet many, many, many others assert that recent decades have blunted humanity’s mental tools. And each claim is based on studies, surveys, and all the science.

Which is correct? Before we answer that, we need to figure out what exactly the so-called Flynn effect tells us about the intellectual gains of the 20th century.

Why are IQ scores rising? Industrialization rewired our minds.

The Flynn effect: how people got smarter

In the 1980s philosopher James Flynn noticed that IQ tests were occasionally renormed. The average IQ must stand at 100, but every few years, scores would creep up, and test makers had to add tougher questions to bring the average back down. Flynn crunched the numbers and found that IQ scores had increased, on average, three points per decade. The phenomenon was named the Flynn effect in his honor.

“The implications are stunning,” developmental psychologist Steven Pinker writes in The Better Angels of Our Nature. “An average teenager today, if he or she could time-travel back to 1950, would have had an IQ of 118. If the teenager went back to 1910, he or she would have had an IQ of 130, besting 98 percent of his or her contemporaries. Yes, you read that right: if we take the Flynn effect at face value, a typical person today is smarter than 98 percent of the people in the good old days of 1910.”

Of course, Pinker quickly points out, we can’t take the Flynn effect at face value. People living in 1910 weren’t blithering fools who couldn’t wrap their heads around calculus or believed the Earth to be flat. Nor did evolution genetically reengineer our mental software in a mere century.

Rather, the industrialized environments of the 20th century required people to use and think in abstract terms more frequently than previous generations. Not coincidentally, IQ tests such as Raven’s Progressive Matrices measure one’s ability to think abstractly and apply that ability toward new problems (i.e., one’s fluid knowledge).

Pinker provides a telling example. Consider a similarities problem that asks, “What do dogs and rabbits have in common?” The answer is obvious; they are mammals. But in 1900, an average person was likely to answer, “You use dogs to hunt rabbits.” This isn’t wrong. The answer elucidates a concrete relationship between the two. It’s just not the abstract classification that IQ tests look for.

“So, modernity has essentially changed the way we think, to make us better at using broad abstract concepts and applying them to situations that are unfamiliar to us,” journalist David Epstein told Big Think. “And it’s not to say that one type of thinking is better than the other. That’s certainly not the case. [We’re] just adapted to different conditions.”

The gains haven’t been equal in all types of knowledge. As Pinker notes, matrices and similarities have increased by leaps and bounds since 1950; however, arithmetic, vocabulary, and information (i.e., crystallized knowledge) have seen the fewest overall gains. In other words, today we are much better at recognizing patterns in geometric shapes, but only slightly better at remembering the capital of Switzerland. (Or that the latter is a trick question.) 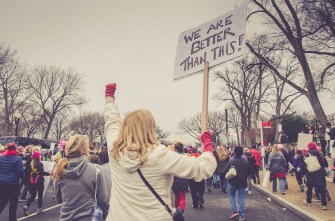 Are we losing intelligence gains?

But the Flynn effect may now be regressing. According to recent studies, the populaces of several countries are essentially bleeding IQ points. One eye-catching example came out of Norway last year.

Norway practices mandatory military service, and conscripted men are required to take an IQ test, which provides researchers with a wealth of data. Brent Bratsberg and Ole Rogeberg, at the Ragnar Frische Centre for Economic Research in Oslo, analyzed more than 730,000 of these IQ tests, and their results showed 1975 to be the tipping point for Norway’s Flynn effect. The country’s IQ scores have tumbled downhill since.

It’s worth noting that this decline is not necessarily endemic among Norway’s entire population. Though the study had a large sample size, it only looked at native-born men, 18–19 years old, and whose parents were also native born. Men of other ages or parental makeup were not accounted for, nor did the study look at women’s IQ at any age. (While Norway practices universal conscription today, the law wasn’t extended until 2013, so data on women were not available.)

Even so, Norway’s dip is part of a larger trend. An analysis out of the University of Otago, written by James Flynn and Michael Shayer, looked at intelligence research in various countries. While the declines were not uniform, they were certainly present in the data, particularly among European countries.

“Massive IQ gains over time were never written in the sky as something eternal like the law of gravity,” the authors write. “They are subject to every twist and turn of social evolution. If there is a decline, should we be too upset?”

In other countries, the Flynn effect remains in effect. The Unites States continues to gain at the historic rate, while South Korea is gaining at twice that. Flynn and Shayer also believe that developing countries will continue to show gains for some time.

Did smart people dumb down their environment?

What has caused the current slump in IQ scores among some European nations? Researchers aren’t sure, but they have some hypotheses.

One hypothesis blames dysgenic fertility. Dysgenics postulates that negative traits can accumulate in a population if not weeded out by selection pressures. In the case of intelligence, the idea goes that above-average couples have fewer children than those who are below average; therefore, there are fewer intelligent children to pass on their smarty genes. The Flynn effect masked this reality until the inevitable ceiling was hit. It is exactly the setup for Idiocracy.

But Bratsberg and Rogeberg push against the dysgenic hypothesis. Their results show Norway’s negative trends occurring within families as well as across them. For this same reason, the researchers don’t believe immigration is a major factor either. They argue in-family environmental effects are the most likely culprit, though they cannot weed out particular causes and effects. Possibilities include changes in educational exposure, worsening nutrition, and changes in media exposure.

Flynn and Shayer also provide some possibilities. They point out that Scandinavian countries support more advanced educational systems. These education systems may have reached a theoretical limit in their ability “to produce graduates that can generalize and use logic on the hypothetical (mental abilities that pay dividends on IQ tests).”

Scandinavian welfare states may have also leveled the educational attainment between citizens of different classes so quality education reaches every child. This could explain the U.S.’s continued gains, as students in poorer areas continue to play catch up with their upper-class peers.

But the question of whether our IQ scores are higher than another society’s, whether historical or contemporary, isn’t what truly matters. It’s whether we’ve developed societies that support and foster our many different intelligences wisely and purposefully. As Flynn and Shayer point out: “Capitalizing on a people’s intelligence, rather than worrying about their intelligence, is the most important thing.”

Successful forgers are remembered as great conmen, not artists. This is strange, considering their forgeries fooled even the most seasoned critics.
Up Next
High Culture

5 books on the meaning of life

A diversity of opinion on the subject of a meaningful life.