Since then it’s only gotten worse. Last month it was announced that the state’s homeless population had grown 16 percent from 2018. This has been met by public outcries for officials to do more, yet what that more is remains ambiguous. In Los Angeles, where I live, it often amounts to residents crying out for the removal of the numerous tent cities under highways and in public parks. “Get them out” does not result in effective legislation.

In response, California mayors are proposing a variety of solutions. What actually gets initiated remains to be seen — in recent years, Angelenos have approved two tax hikes to combat homeless while last year the city spent over $600 million on the issue. Still, the numbers of homeless people rise.

Below are what some mayors are aiming to do. Residents need to remain vigilant in holding their leaders accountable on this issue.

Laguna Hills mayor Don Sedgwick points to a growing consensus when contemplating the homeless problem: the rent is too damn high (along with the cost of buying homes, property taxes, and general cost of living). Homeless numbers in Orange County do not match Los Angeles County, but there’s an even bigger increase in his city: it’s bumped up 43 percent in 2019.

In a strange encounter on FOX Business, Sedgwick’s answer to the homeless issue is to better train high school students for higher degrees and vocational fields. When pushed specifically about the problem, the “proven conservative” blamed liberal policies before offering to help the homeless “with a hand up and not just a handout.”

While that reply amounts to not much at all, Sedgwick is accurate when claiming that the legalization of recreational marijuana shifted the illegal drug business to methamphetamines — an issue plaguing Skid Row as well. An observation without a solution is impotent; we’ll have to see what policies Sedgwick actually enacts. At the moment, he seems more concerned with his 2020 congressional run against Katie Porter than addressing homelessness.

The fact that Los Angeles Mayor Eric Garcetti had to take time out to reply to the notion that the homeless problem began “two years ago” is ridiculous, but instead of punching back, Garcetti invited the president to walk Skid Row to discuss real solutions. One of them, recently re-offered by California Representative Maxine Waters, — the Ending Homelessness Act of 2017 — focuses on affordable housing through rental assistance, increasing homeless services, and the construction of low-rent housing throughout the country.

Though Garcetti didn’t create the problem, his administration has not performed well. That said, he did take full responsibility for this fact, adding that he plans on adding services throughout the city, including bathrooms, showers, storage units, sanitation teams, even tiny homes. While a promise to build more facilities is also on the table, some are skeptical — not to mention critical — of more construction in a city that already boasts 50,000 vacant homes.

In a bit of good news, more than 20,000 homeless individuals were helped into residences in 2018. However, this silver lining also makes the citywide increase in overall numbers even more startling. If any city is proof of income disparity — craft cocktail bars and boutique hotels are slowly creeping into Skid Row, making a mass cleaning out inevitable — look no further than Los Angeles. 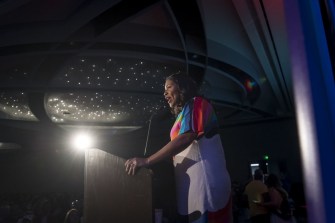 San Diego Mayor Kevin Faulconer approved an $11 million plan to erect tents and trailers, as well as other facilities, throughout his city. He’s using the 2017 construction of a homeless shelter following a Hepatitis A outbreak as proof. While most of California experienced a massive rise since 2018, San Diego saw its homeless population drop by 6 percent, a statistic Faulconer credits to the shelter program.

In March, San Francisco Mayor London Breed published a longform article about her city’s “bold approach” to homelessness. After listing facts about the overall problem, she notes that San Francisco spends roughly $250 million every year to supportive housing, eviction prevention, and rental subsidies. Like Los Angeles, the tech boom has made her city practical impossible to afford.

Breed’s plan focuses on keeping people housed, in part by building 5,000 more units per year, as well as through a proposed commercial tent tax (it was defeated in June). Breed’s extensive plan also includes investments in affordable housing stock, the expansion of the city’s Good Samaritan rent law, the improvement of mental health and addiction treatment centers, and the creation of more stable housing opportunities.

Her plan, by far the most thorough of any California mayor, has not been met with open arms by all residents, some of whom want to see quicker action — preferably, not in their backyard. The continual problem of homelessness in the public square: build it, just not here. Considering Breed grew up in San Francisco’s public housing projects, hopefully her will proves stronger than that. 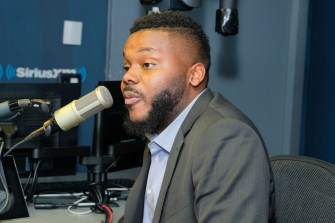 Silicon Valley’s largest city has seen its homeless population rise by 42 percent over the last two years. Mayor Sam Liccardo has been proactive, knowing that his district houses some of the most profitable companies on the planet — a place where no one should be in need. Starcity plans on becoming the largest co-living apartment complex in the world, featuring (relatively) affordable rents; Liccardo’s administration has also secured permits for two tiny home villages.

Continuing to dream up inventive solutions, Liccardo is now promoting a floating apartment complex. Not only would this push back sea level rise, which could flood the entire San Francisco Bay region, but it could make for a unique solution for some of San Jose’s 4,300 homeless residents.

Garcetti and Liccardo might fancy small homes, but Stockton mayor Michael Tubbs prefers tiny trailers. The 28-year-old has already launched a pilot universal basic income program in his city. While his city’s homeless only numbers 900, his goal is to build 300 tiny trailer units in order to house them. Of all the mayors listed, Tubbs seems most inclined to avoid platitudes and put plans into action, which is exactly the attitude needed to combat this growing problem.

A new study looks at what happens when you get infected with two viruses at the same time.
Up Next
Starts With A Bang