A nearly complete human skull was found in Dali County of Shaanxi Province, China in 1978. A recent reappraisal of the skull has led some scientists to a hypothesis which, if proven true, turns the accepted history of early Homo sapiens upside-down.

Anthropologists largely agree that Homo sapiens first emerged about 200,000 years ago in Africa. It was originally believed that this occurred near Omo Kibish in East Africa, until remains recently uncovered in Jebel Irhoud, Morocco made the exact location of our exact African birthplace less certain. Nonetheless, there’s been agreement that Homo sapiens came from somewhere in Africa and then moved outward to, among other places, East Asia. A handful of anthropologists, though, believe East Asia played a more important role. A new study says that our attributes emerged over time as the result of intermingling between African and Asian hominins. This would mean that Africa would no longer deserve the right to be thought of as the area from which we emerged, but rather that Africa and East Asia would share that honor. 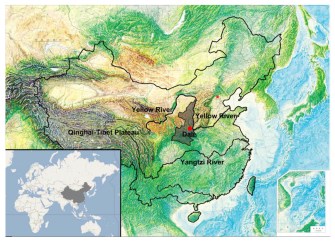 Where the Dali skull was found (WU, ATHREYA, ET AL)

In any event, the skull, known as the Dali skull, is unusually intact, offering scientists an especially promising chance of understanding what they’re seeing in it. Its face and brain case are thought to be virtually unchanged since the individual’s death.

The skull was first identified in 1979 as being a transitional species between Neanderthals and Homo erectus. However, by 1981 Xinzhi Wu, who’s also one of the authors of the new study, had complied “a long list of traits on the neurocranial and facial skeletons that aligned Dali with both early and recent H. sapiens.”

The new study, co-authored with Sheela Athreya , says that the Dali skull takes after different hominins depending on what’s being observed:

For Wu and Athreya, the next phase of this research involves making further detailed studies of the similarities between the Dali skull and the most recent find in Morocco. 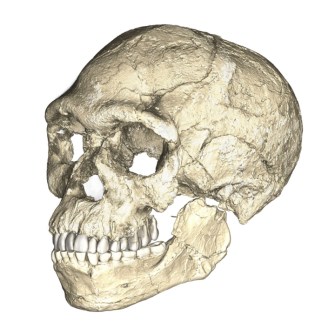 The researchers feel the acquisition of Homo sapiens traits was a gradual one that occurred in both Africa and China, at times in isolated groups, and at others through interbreeding. And this would mean that some of what makes us human comes from Asia and not from Africa.

Specifically, we propose that Pleistocene populations in China were shaped by periods of isolated evolutionary change within local lineages at certain times, and gene flow between local lineages or between Eastern and Western Eurasia, and Africa at other times, resulting in contributions being made in different capacities to different regions at different times.

This is undoubtedly not the end of this controversial topic for anthropologists, a few of whom have accused the authors of seeking to embroider China’s importance to early human history.

Yet another ocean monster has been discovered.
The Present

China’s dominance of the rare earth metal industry is part of its overall geopolitical strategy.
Life

Sometimes, new combinations of preexisting things revolutionize life.
The Past

The most terrifying pterosaur yet is discovered

Meet your new flying nightmare: Thapunngaka shawi.
Up Next
Thinking

Why Sexual Desire Is Objectifying – and Hence Morally Wrong

Once desire becomes suspect, sex is never far behind.