Pick any of the big topics of the day – Brexit, climate change or Trump’s immigration policies – and wander online.

What one is likely to find is radical polarization – different groups of people living in different worlds, populated with utterly different facts.

Many people want to blame the “social media bubble” – a belief that everybody sorts themselves into like-minded communities and hears only like-minded views.

From my perspective as a philosopher who thinks about communities and trust, this fails to get at the heart of the issue.

In my mind, the crucial issue right now isn’t what people hear, but whom people believe.

My research focuses on “epistemic bubbles” and “echo chambers.” These are two distinct ideas, that people often blur together.

An epistemic bubble is what happens when insiders aren’t exposed to people from the opposite side.

An echo chamber is what happens when insiders come to distrust everybody on the outside.

An epistemic bubble, for example, might form on one’s social media feed. When a person gets all their news and political arguments from Facebook and all their Facebook friends share their political views, they’re in an epistemic bubble. They hear arguments and evidence only from their side of the political spectrum. They’re never exposed to the other side’s views.

An echo chamber leads its members to distrust everybody on the outside of that chamber. And that means that an insider’s trust for other insiders can grow unchecked.

Rush Limbaugh and the Fox News team, they said, systematically manipulated whom their followers trusted. Limbaugh presented the world as a simple binary – as a struggle only between good and evil. People were trustworthy if they were on Limbaugh’s side. Anybody on the outside was malicious and untrustworthy.

In that way, an echo chamber is a lot like a cult.

Echo chambers isolate their members, not by cutting off their lines of communication to the world, but by changing whom they trust. And echo chambers aren’t just on the right. I’ve seen echo chambers on the left, but also on parenting forums, nutritional forums and even around exercise methods.

Is it all just a bubble?

Many experts believe that the problem of today’s polarization can be explained through epistemic bubbles.

Do social media feeds limit people’s ability of being exposed to a wider variety of views?

According to legal scholar and behavioral economist Cass Sunstein, the main cause of polarization is that internet technologies have made the world such that people don’t really run into the other side anymore.

Many people get their news from social media feeds. Their feeds get filled up with people like them – who usually share their political views. Eli Pariser, online activist and chief executive of Upworthy, spotlights how the invisible algorithms behind people’s internet experience limit what they see.

For example, says Pariser, Google keeps track of its user’s choices and preferences, and changes its search results to suit them. It tries to give individuals what they want – so liberal users, for example, tend to get search results that point them toward liberal news sites.

If the problem is bubbles, then the solution would be exposure. For Sunstein, the solution is to build more public forums, where people will run into the other side more often. 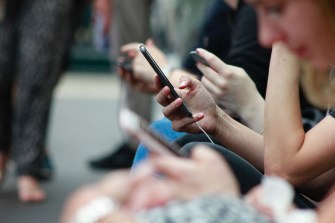 Do social media feeds limit people’s ability of being exposed to a wider variety of views?

The real problem is trust

In my view, however, echo chambers are the real problem.

Newresearch suggests there probably aren’t any real epistemic bubbles. As a matter of fact, most people are regularly exposed to the other side.

Moreover, bubbles should be easy to pop: Just expose insiders to the arguments they’ve missed.

What’s going on, in my view, isn’t just a bubble. It’s not that people’s social media feeds are arranged so they don’t run across any scientific arguments; it’s that they’ve come to systematically distrust the institutions of science.

This is an echo chamber. Echo chambers are far more entrenched and far more resistant to outside voices than epistemic bubbles. Echo chamber members have been prepared to face contrary evidence. Their echo-chambered worldview has been arranged to dismiss that evidence at its source.

They’re not totally irrational, either. In the era of scientific specialization, people must trust doctors, statisticians, biologists, chemists, physicists, nuclear engineers and aeronautical engineers, just to go about their day. And they can’t always check with perfect accuracy whether they have put their trust in the right place.

An echo chamber member, however, distrusts the standard sources. Their trust has been redirected and concentrated inside the echo chamber.

To break somebody out of an echo chamber, you’d need to repair that broken trust. And that is a much harder task than simply bursting a bubble.

In terms of sheer productivity, “-gate” has no peer. Wikipedia’s list of -gates has over 260 entries.
The Present

Elon Musk’s successful bid to take over Twitter has fragmented the internet along predictably partisan lines. But only time will tell whether this is a good or bad thing.
Up Next
Hard Science

A question that’s baffled physicists for nine years has been resolved by the simplest possible answer.