Unicorns are mythical creatures that captured popular imagination long ago — and even today! In the business world, unicorn companies are an equivalent chimera— they’re mythical to start-up founders who dream of joining billion-dollar valuation club. At the moment, there are 357 companies worldwide that have achieved this status (358 if you count Jay-Z as a business, man).

This year has been especially good for a particular segment of the unicorn club: female-led companies. Five women-led U.S.-based tech startups became legendary this year, five more than in the previous three years. Those startups are:

This news of barriers being crossed — not to mention the value created by women — comes in the wake of increased discussions about the gender pay gap. Of course, these new additions are unicorns (rarities) within a field of unicorns, but the fact that successful female-led companies are joining what has predominantly been a boy’s club suggests we’re heading in a more egalitarian direction.

While it would be nice to imagine that companies succeed based on the merits of their idea and implementation, this has long not been the case. Implicit bias isn’t only involved in cases of race; gender-based decisions (such as funding and hiring) are guided by internal biases as well. In her Big Think+ video, Ellevest CEO and cofounder Sallie Krawcheck says this affects every pay grade at a company, not only C-level employees — and pay grade is often the contention.

Krawcheck advises women to immediately negotiate upon entering the workforce. Having managed companies for years, she says that men would regularly stroll into her office prior to bonus season to state their expectations. Over and over, they overshot what they were budgeted for.

Women, in contrast, rarely stated what they expect. Even someone aware of the pay gap, like Krawcheck, still falls victim to stated expectations. She might not pay the men what they expected, but often they receive more than women of the same caliber.

To empower yourself in preparation for asking for a raise or stating your bonus expectation, Krawcheck suggests understanding the metrics of your company. What is your client satisfaction score? How many new clients have you landed? What are your sales figures?

Whatever industry you’re in, knowing how your role fits into the overall company structure benefits both you and the organization. Display evidence of your success so that management recognizes your achievements. We live in a world where the loudest often succeed, so be loud, or at least louder than silent. 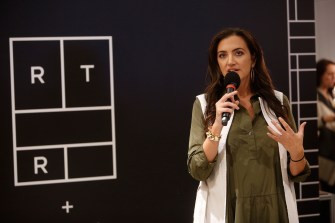 Krawcheck goes on to say that the retirement savings crisis in America — 40 percent of middle-class older workers are likely be poor or near that threshold over the next dozen years — is actually a crisis in women:

“We retire with two-thirds the money of men and we live six to eight years longer. Eighty percent of nursing home residents are women. So it really is, while we’re not used to thinking about it through a gendered perspective, it is really a women’s issue.”

This is why Krawcheck tells women to invest, another heavily male-dominated field. Equal financial status means you don’t have to cater to the other gender, which is a confidence booster. The longstanding myth of the dependent women needs to fade as women achieve equal pay. Suddenly it’s not only men asking for the raise or increasing their chance for a larger bonus. When women make demands, the bonus pool is more fairly spread around.

As the unicorns above show, we are moving in the right direction, though much more work needs to be done. As Krawcheck notes, the more women claim their financial worth, the more level the playing field. Hashtag activism won’t get you inside management’s door. You have to cross the barrier yourself. Fortunately, we can all be inspired by the founders above, who each did just that.

If you look everywhere between the numbers 1 and 2, you’ll never find 3.Let’s say you have an idea about how our physical reality might be different from how we currently […]