Deforestation plagues vast swathes of the world. As rainforests are decimated — an unthinkable amount of trees are destroyed every second. Yet, in Europe this trend seems to have reversed.

Look no further than Provence, France, where resurged greenery cuts through mountain passes and sprouts up to form one of France’s newest natural parks — the Baronnies Provençales. Set up only four years ago, and spreading more than 1,800 square kilometers (approx. 700 square miles), this mixed forest of oak, pine and beech is a testament to France’s dedication to regrowing their ancient forests.

While the forests of the world are on the decline, those in France are quietly rising. 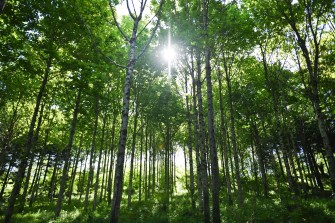 The French start-up EcoTree, launched near Brest in 2016, buys forests all over France to restore them. Photo credit: FRED TANNEAU / AFP / Getty Images

Current estimates show that forests cover 31 percent of France. The country is ranked fourth, in terms of largest forests, within the European Union. It is only surpassed by Sweden, Finland, and Spain.

Due to a concentrated reforestation effort and decline in farming, the past 30 years has seen France’s forested areas increase by 7 percent. This hasn’t been resigned just to France either. During the 1990s, Europe initiated something called the Common Agricultural Policy, which ensured only productive areas would be used as cropland to prevent inefficient farming. Land that was lacking was turned back into forest.

Between 1990 and 2015, Europe’s total forestland grew 90,000 square kilometers — about 35,000 square miles. There has been so much progress, in fact, that there are more trees and larger forests in the EU today than there were at the start of the 20th century.

France’s success can be contributed to a collective effort of private individuals and public forestry initiatives working together. A majority of the forests are on private land. With a total of 16.4 million hectares and increasing every day, new French forests reclaim old agricultural and industrial wastelands to fuel their growth.

The trees and plants being planted will do well to keep up with carbon dioxide absorption demands and fight climate change. Already within the Baronnies Provençales natural park, people are beginning to see rare species, such as the black vulture, reemerge.

Still, the new forests aren’t without their fair share of complex problems and challenges.

There are some 34,000 people who live inside the new Baronnies Provençales. Some of the inhabitants see the black pine as a pest, which sometimes grows on their pastureland. The Economist notes that there was an initial backlash from local groups who were wary at the rapid pace at which the forest was being reclaimed. Audrey Matt, who is in charge of the park’s forests, is on record saying, “The fact that forests are growing here can be problematic… It all depends which way round you look at it.”

Many forests in France and Europe have become scarred with the scourge of beetle infestation. Also with the risks of extended heatwaves, these new forests are liable to burst into flames amid dry weather and turn into dangerous wildfires.

Yet, the benefits still outweigh many of the potential problems. Which is why France is also taking its reforestation efforts into the urban realm as well. 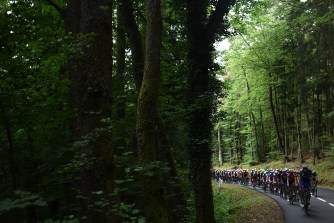 Mayor Anne Hidalgo recently announced a new greenery plan for the city of Paris. One that’s going to bring more forests right into the city itself.

The plan is to begin planting forests near many of Paris’s historic landmarks, such as Hôtel de Ville (Paris’s city hall) and the Opéra Garnier. These groves will be placed in both busy and dormant pedestrian areas. Part beautification, part practical, the trees will alleviate intense heat during the increasingly sweltering summer months.

Paris is more susceptible than most places during a heatwave as it’s considered an urban heat island. The mayor intends to counteract that with what she calls an “isle of coolness.”

Paris could have a potentially radical new look with the simple addition of all of this beautiful foliage.

Environmental activists want us to feel “flight shame” if we can take a train, instead. But this isn’t entirely realistic, even in Europe.
Up Next
The Present

The company must also appoint an independent privacy committee to its board of its directors.