You wake up, you put on your work clothes, and you go to the office. You sit behind a desk, or in some designated space, and you work until the clock says it’s over. This is what life is like for the vast majority of people. That is, until COVID came along. Then, everything changed.

Recently, an interesting idea has emerged called the “Great Resignation.” This is a phenomenon that Professor Anthony Klotz of Texas A&M University has predicted will happen when people are asked, or told, to return to their offices. Klotz argues that, when we’re all forced back into the old reality of the commute, a nine-to-five job, and cubicle life, there will be a “Great Resignation” among the workforce.

The argument is that in times of uncertainty and insecurity — like during a global pandemic — people behave conservatively. They’ll stay put. But once things “normalize” again, we ought to expect employees to head for the exits.

But why? What has changed? Why has working from home made us so dissatisfied with our previously normal lives? Other than the comfort and convenience of working from home, one explanation might involve the concept of “normalization,” a topic that fascinated French philosopher Michel Foucault.

The power of normal people

Foucault argued that we often spend an inordinate amount of time trying to be normal. We must dress the same way as everyone else. We must talk about the same things. We must work just like everyone else works. It’s hugely important that things are normal. But, behind all of this, is a power dynamic that many of us are simply unaware of — and unconsciously unhappy about.

Someone, somewhere, must define what is “normal.” It is then for the rest of us to bend over backward to fit into this narrow mold. To be powerful, then, is to say, “Do this, otherwise everyone will call you weird.” Power is to hold the hoops everyone else must jump through. It’s what Foucault describes as “normalizing power.” 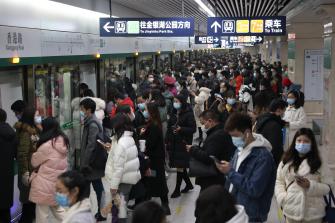 Let’s apply Focault’s normalization concept to the modern workplace. Accepted wisdom had it that the best — and really, the only way — to work was in an office, usually downtown, far away from where we live. We were told this is where collaboration and creativity occur. Largely unchallenged, this “normal” functioned for decades, and we all obeyed.

Then COVID came along and revealed just how artificial, unnecessary, and abnormal it all is. It’s as if someone ripped a blindfold off of society. We have laptops, wi-fi, and 5G (at least when people aren’t burning the towers down). Many of us were just as productive — if not more so — than during the “normal” pre-COVID era. We don’t need to be in an office. We don’t need to waste countless hours of our lives sitting in traffic.

While the idea of a Great Resignation is quite appealing right now, we should be careful the “new normal” isn’t so much worse.

Even better, people got to spend more time with their families, enjoy long and restful breaks, and have space to pursue their hobbies. In short, people like not going to an office. And, as Klotz argues, when companies see this dissatisfaction — this Great Resignation — they’re going to ask some revolutionary questions, like, “Do you want to come back full time? Work remotely? In-office three days a week? Four days? One day?”

The silver lining to the COVID pandemic is that it has made us re-examine what “normal” is.

Of course, the idea of a nine-to-five office job was not established by some moustache-twirling villain just to satisfy his sadistic whims. It came about because people thought that was the most effective and productive way to operate.

People do need direct human contact, and it’s often easier and more productive to speak to a colleague next to you or walk across an office to ask for some help. Remote-working software like Zoom is indeed convenient, but can a company honestly say that it’s as efficient as working in an office?

What’s more, there’s a particularly pernicious sting in what Foucault argued. It’s something that ought to slow any would-be Great Resignation. This is the idea that there likely will always be some kind of normal.

While COVID has revealed the office for the normalized power play that it is, what’s to say what the next “normal” will be? Let’s say that working from home becomes the new normal. Will we be expected to attend Zoom meetings at any hour of the day or answer text messages at midnight? Might cameras be used to monitor our every movement? Might software check that we’re working at the right pace and in the right way?

While the idea of a Great Resignation is quite appealing right now, we should be careful the “new normal” isn’t so much worse.

From politics to culture, we blame “tribalism” for humanity’s problems. This explanation is entirely wrong.
13.8

If you don’t mourn in North Korea, you risk being executed.
Up Next
The Past

30 grunts and sounds that may have been the first language

Linguists discover 30 sounds that may have allowed communication before words existed.