As the “universal language,” mathematics is commonly considered to be an egalitarian field.

After all, there’s far less room for subjectivity when judging works in algebraic geometry than, say, literature or sociology. The field’s objectivity should have, in theory, helped foster something like a global meritocracy over time. But has that happened?

To shed light on this question, a recent study used big data to explore the relationships between mentorships, prizes, and inclusivity within mathematics. Published in Nature’s Humanities and Social Sciences Communications, the study took a close look at winners of the Fields Medal over recent decades.

The Fields Medal is commonly considered to be the Nobel Prize of mathematics. It’s awarded to up to four mathematicians under the age of 40, every four years. First awarded in 1936, the Fields Medal was created in the 1930s to help promote mathematicians from historically underrepresented demographics around the world; it was also part of a larger movement to ensure the destruction of WWII didn’t rupture the international mathematics community.

In the study, researchers from Dartmouth College noted that the Fields Medal has helped elevate mathematicians from underrepresented groups, such as mathematicians from Germany and Japan. However, the results also showed that many Field Medalists came from the same “ancestral tree” of high-profile mentors, suggesting the existence of a “self-reinforcing behavior among the elites.” 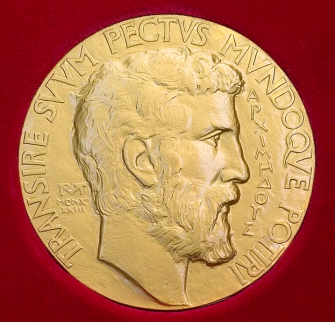 “There are many sources of inequality in elite-level math and academia,” lead study author Herbert Chang, a research affiliate at Dartmouth’s Fu Lab, said in a press release. “Our goal was to characterize how a single factor–mentorship–plays a role, while telling a comprehensive story about mathematics.”

To get a better perspective of the composition and history of elite circles in mathematics, the researchers used data from the Mathematics Genealogy Project. The project contains detailed information about the academic genealogy — such as alma mater, doctoral advisor, doctoral students — of more than 260,000 mathematicians.

The researchers also collected data on mathematicians’ home countries and lingo-ethnic categories, which helped create visualizations of the migration of mathematicians and the levels of pluralism in different nations. Pluralism was defined in the study as “the proportion of elite mathematicians that are not part of the majority lingo-ethnic identity.” 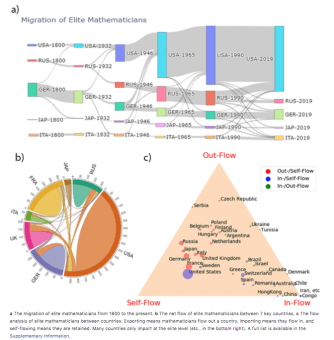 The results paint a visual history of the flow of mathematicians into seven key countries.

“By 1932, the Holocaust led to mass migration from Germany to the United States and other European countries, which accounts for the drop in green volume in Fig. 1a, including prominent scientist Albert Einstein,” the researchers wrote.

“Similarly, we observe large amounts of outflow from Russia after the cold war, greatly diminishing the presence of Russia mathematicians after the 1990s, and the second Italian mass diaspora after WWII. Beyond forced immigration, flow analysis also reveals the movement of reintegration. Japanese mathematicians immigrated to the United States following WWII, and continued throughout the 1960s to the 1990s. Twenty years later, Japanese mathematicians flowed back toward Japan.” 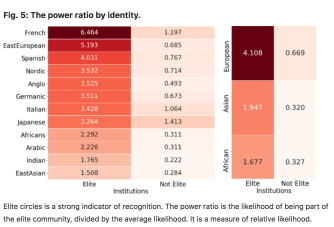 The results revealed significant disparities when it comes to identity and membership in elite circles. For example, a mathematician who is French and attends a top-50 institution is 6.4 times more likely to join an elite circle.

“It’s a privilege for a young mathematician to inherit a powerful network of relationships from an influential academic advisor,” Fu said in the press release. “The growing number of doctoral degrees awarded to international mathematicians in the U.S. indicates that mathematics can be a powerful integrative force in our common humanity.”

“First, elite institutions should continue to recruit from a diverse set of communities,” they wrote. “Second, prizes that balance intellectual contribution, while simultaneously broadening community, would suit the vision of an equitable society that the Fields Medal once sought to do.”

“Who is under-represented within a state shifts over geography, culture, and time. The vision of equitable scientific production demands constant evolution and reflection, especially at the elite level.”

We asked 11 experts about the future of progress for humanity.
Up Next
Neuropsych

Do animals see the world the way we do?

We can’t ask them, so scientists have devised an experiment.