Against the backdrop of a “techlash”, the CEO of Microsoft called for new global norms on privacy, data and Artificial Intelligence.

Satya Nadella, who has been shifting Microsoft’s focus to cloud computing, said he would welcome clearer regulations as every company and industry grappled with the data age.

In a talk at Davos, he praised GDPR, the European regulation on data protection and privacy that came into force last year.

“My own point of view is that it’s a fantastic start in treating privacy as a human right. I hope that in the United States we do something similar, and that the world converges on a common standard.”

The default position had to be that people owned their own data, he said. 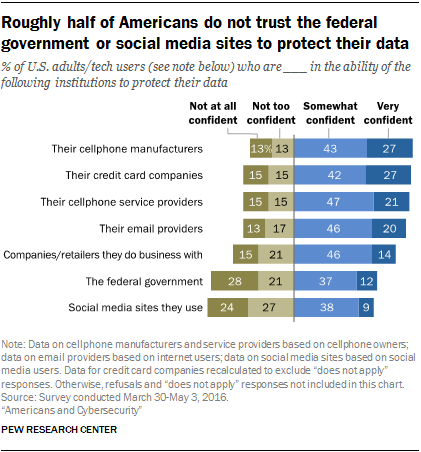 Microsoft’s own website lists the below as applications to celebrate:

But the dark sides include invasion of privacy and bias. While Microsoft has built a set of principles for the ethical use of AI, Nadella said that self-regulation was not enough.

“In the marketplace there’s no discrimination between the right use and the wrong use… We welcome any regulation that helps the marketplace not be a race to the bottom.”

Tags
computersmicrosoftprivacysoftwaretechnology
In this article
computersmicrosoftprivacysoftwaretechnology
Related
Why geniuses hunt demons for sport
Jimena Canales shares the “demons” that shaped computer science.
▸
6 min
—
with
Jimena Canales
The Future
5 of the most amazing cracked codes in modern history
From 260-year-old ciphers to the most recent Zodiac Killer solution, these unbreakable codes just needed time.
Videos
NASA astronaut explains humanity’s trajectory to Mars
The first human that isn’t an Earthling could be in our lifetime.
▸
5 min
—
with
Robert Curbeam
The Well
Michio Kaku: 3 mind-blowing predictions about the future
What lies in store for humanity? Theoretical physicist Michio Kaku explains how different life will be for your descendants—and maybe your future self, if the timing works out.
▸
with
Michio Kaku
The Well
Time travel is possible. Can we go back?
Theoretical physicist Brian Greene explores the potential particles of time and why we could, in theory, travel forward in time but not back.
▸
with
Brian Greene
Up Next
Hard Science
Scientists can now turn CO2 in the air into solid coal
The cost-effective method could revolutionize how we remove carbon from the atmosphere, particularly in regard to climate change.