Social media has made it easier than ever to find people with whom we disagree. And if there ever was one perfectly awful event that made online comment sections somehow worse, it was the 2016 presidential election. No matter your candidate, you’ve probably witnessed someone on the other side try to justify their position online in a way that made you think they were, you know, incredibly stupid.

But new research suggests you might not be so harsh if you were to hear that person’s same explanation offline in their real voice.

In the study published in Psychological Science, researchers Juliana Schroeder, Michael Kardas and Nicholas Epley found that the mediums through which we interact with each other significantly affect how we form impressions about other people. In short, we’re more likely to humanize people—and perceive them as more thoughtful, intelligent, rational, and humanlike—when we hear their voice. 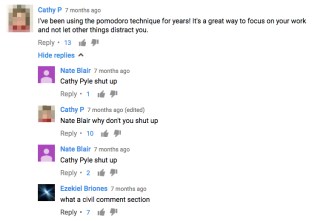 A sample from the Big Think YouTube comments section.

An experiment the researchers conducted before the 2016 U.S. presidential election illustrates this point. They asked 10 Donald Trump and Hillary Clinton supporters to explain why they prefer whichever candidate through two mediums: a written explanation and a spoken one in front of a camera.

Then, researchers asked 850 evaluators with varying political orientations to rate supporters’ mental capacities—how rational, reasonable, and intellectually capable they seemed—after watching videos of their explanations, listening to the audio, reading the transcript, or reading a written explanation.

You might be able to guess how evaluators rated people with different political opinions. 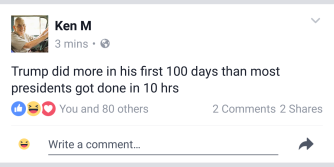 Still, there was a surprising catch: Evaluators rated supporters, even those they disagreed with, less harshly when they heard supporters explain their positions.

“This humanizing result was not simply the consequence of having more information about another person—seeing the supporter in a video did not change impressions, compared to hearing the supporter,” wrote the researchers. “A person’s voice seems to be uniquely humanizing.”

What in the human voice causes these effects?

“A person’s voice conveys not only words but also paralinguistic cues like intonation and pauses,” researchers wrote. “In the same way that you know a person is biologically alive because their body moves, you know that another person is mentally alive because their voice also contains movement in paralinguistic cues. Pitch rises and falls. A voice gets louder and softer. Speaking speeds up and slows down. These cues all reflect thinking as it is happening.”

Other research also hints at the power of the human voice in correctly interpreting other people. In a studypublished in American Psychologist, researchers found that participants best interpreted the emotions of others when all they had to go by was audio of the human voice—not video with audio. Showing video footage with audio actually seemed to render interpretations less accurate.

The researchers behind the current paper also offered a couple examples of how the human voice helps people better interpret others: job candidates come off better when potential employers hear elevator pitches instead of reading them, and people in a simulated driving experiment rated their car to be smarter and more capable when it was given an interactive human voice.

In short, when in doubt assume: voice > text.

People naturally judge fact from fiction in offline social settings, so why is it so hard online?
Health

By exposing people to small doses of misinformation and encouraging them to develop resistance strategies, “prebunking” can fight fake news.
The Present

The media is deliberately pushing your buttons.
The Present

How America Is Breaking Public Education

Would you work at a job that didn’t treat you like a professional? No wonder public education drove their best teachers away.The ultimate dream of public education is incredibly simple. Students, […]