“Oh, East is East and West is West, and never the twain shall meet.”

So begins the poem by noted imperialist Rudyard Kipling. They line is often misinterpreted to support the notion that the world is divided between two great spheres, and that they are fundamentally dissimilar. Never could they unite, suggests Kipling.

In Western culture, we suppose that people from the East are different, even if we don’t mean to be prejudiced. In the US, asians are subject to stereotypes that are, at first glance, positive: they good musicians, good at mathematics, etc. Or take India. Being a land of superior spiritual knowledge drew many in the 1960s and 70s to investigate, including such great minds as Steve Jobs and John Lennon.

While older, repulsive, stereotypes regarding Asians have been properly cast aside, the question remains whether there is a fundamental difference between how Eastern and Western societies are configured.

Well, new studies offer the idea that the answer may be yes.

After it was realised that over 70% of all subjects in psychological studies had historically been American students looking for a quick buck or college credit, many psychologists began asking if more diverse groups of subjects gave differing solutions. It was found that those studies not only gave differing data, but that the results were often remarkably different from the American dominated studies. The uniqueness of college-aged American subjects was immortalized with the acronym WEIRD (Western, Education, Industrialized, Rich, and Democratic). 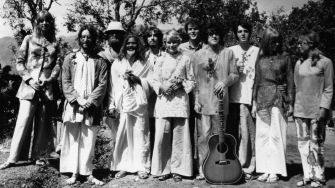 In one study, complex images were shown to test subjects from East Asia and North America. The scientists tracked the eye movements of the participants in order to gauge where their attention was focused. It was found that the Chinese participants spent more time looking at the background of the image, while the Americans tended to focus on the main object in the picture. Holistic and individualistic thinking manifested in one clear example.

This is only the beginning of the interesting findings in this field. For example, a simple test can demonstrate the cultural differences in word association. A subject is given three worlds, such as chair, table, and lift, and then asked to relate two of the words.

Go ahead, relate two of them, I will wait. Any combination will do.

People who tend to think individualistically associate chair and table in this example, as they are both furniture items. While people who think holistically relate chair and lift, as they work together to create a function system, so the theory goes.

Of course, these tendencies are generalizations. There are collectivist thinkers in the West and individualist thinkers in the East. As the world globalizes, and the thought of thinkers of both sides continues to disseminate into the other, the differences are likely to become less intense.

But, why is this?

A multitude of hypotheses abound for why this might be the case. Some suggest that it comes down to philosophy. While western thinkers have tended to focus on the individual, Eastern thought tends to be holistic in nature, with China’s greatest thinker, Confucius, basing most of his philosophy- and therefore most of later Chinese thought- on the concept of “Filial Piety”. 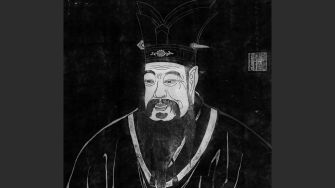 Other, perhaps more interesting, explanations exist. One is that the staple food of a region may have something to do with it. This is excellently seen in China, where the northern half of the country grows wheat and the southern half grows rice. Rice growing is a labour intensive activity, that requires the coordination of several neighboring farms to do properly. Wheat farming, on the other hand, takes much less work and does not require coordination of irrigation systems in order to work.

Then there are the historians, who point out the case of the Hokkaido in Japan as a case study. Cold, remote, and with poor weather, the island was largely unsettled even into the late 1800’s. The wilderness here was often compared to the American frontier, and the importing of American professionals to assist in the colonization program the Japanese government financed helps that image.

Even today, more than 100 years after the colonization effort, the effects of living in a society that was so recently a frontier show up in individual and holistic thinking tests. With residents of Hokkaido demonstrating tendencies towards individualism to a larger extent than the rest of the Japanese population.

And, here is the rest of that poem by Kipling, showing his real goal was to focus on individuals rather than competing worldviews, and how those differences of East and West, circumstance, and nationality fall apart when great minds met:Oh, East is East and West is West, and never the twain shall meet,

But there is neither East nor West, Border, nor Breed, nor Birth,

When two strong men stand face to face, though they come from the ends of the earth! 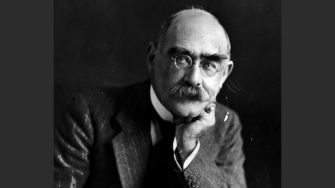 Instead of the death penalty, let’s put dangerous criminals in a coma

Prison is an unreliable method of punishment. Let’s do better.
Thinking

Why it’s time to confess your darkest secrets

If secrets are a kind of poison, confession is the antidote.
Thinking

If religion makes you happier, why not give it a go?

A growing body of research shows that religious people seem to enjoy more psychological well-being compared to others.
Thinking

How to measure happiness: hedonia vs. eudaimonia

A lot of research assumes happiness is measured by comfort and material conditions. For Aristotle, it is about being the best we can be.
Up Next
Starts With A Bang

How the anthropic principle became the most abused idea in science

There’s useful science to be gotten out of it, but most science that mentions it is anything but.“There is a voice inside of youThat whispers all day long,‘I feel this is […]