The gun debate, like many in the US, seems split straight down the liberal-conservative divide. In reality, there’s a lot of gray area in terms of opinions out there, far more perhaps than the media lets on. And yet, even after a rash of horrific mass shootings, the country seems deadlocked on the issue of gun control, once again.

So if there are in fact a number of opinions in both camps, why the deadlock? Another important question, what other issues are involved that prevent action on curbing the high rate of gun violence—which isn’t occurring at nearly the same rate in comparable countries?

According to the CDC, around 33,000 firearm deaths occur in the US each year. Two-thirds of them are suicides. For decades, gun death in the US remained unchanged. But over the past few years, it’s risen. 2016 saw the highest number in recent history. It may have leveled off in the near-term, as the rate remained unchanged at the beginning of this year. But it’s been decades since it’s fallen. 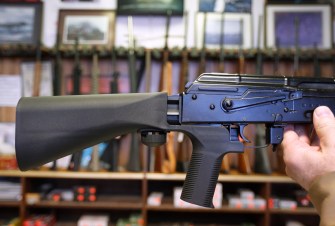 Bump stocks became controversial after the recent mass shooting in Las Vegas. The momentum to ban these devices however has slowed. Credit: Getty Images.

To better understand the psychology behind gun ownership, Professors Carson Mencken and Paul Froese wanted to find out the symbolic value a gun has for its owner. They’re two sociologists from Baylor University in Texas. Their fascinating findings were published recently in the journal Social Problems. “We investigate the extent to which guns empower gun owners morally and emotionally,” the authors write.

Mencken and Froese first pulled out a 2014 Baylor Religion survey, conducted by Gallup and taken by 1,577 Americans. Among them were 577 gun owners. Surveyors had respondents answer questions pertaining to gun control, such as whether or not there should be bans on high-capacity ammo clips or semi-automatic weapons. Pollsters also asked for respondents thoughts on the economy, whether or not they’d lost a job in the last five years, and if they felt themselves slipping into a lower social status. 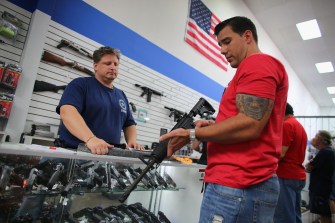 Rather than a solid bloc, researchers found a diversity of views among gun owners surrounding gun control. Credit: Getty Images.

Testing a variety of demographics, Mencken and Froese found that gun owners tend to be older, white males, who are married, live in a rural area, and aren’t very religious. Despite stereotypes, they tend to report higher incomes than non-gun owners and the same levels of education, economic instability, and happiness, according to the study’s authors. Around 90% agreed that expanded safety laws would be a good idea. The last 10% didn’t though, the hardliners.

In fact, those who were most against gun control felt the most empowered by ownership. Funny enough, men of color who owned a gun felt the least empowered. “We demonstrate that white men in economic distress find comfort in guns as a means to reestablish a sense of individual power and moral certitude,” researchers write. “Gun empowerment, in turn, affects opinions about gun action and policy.” 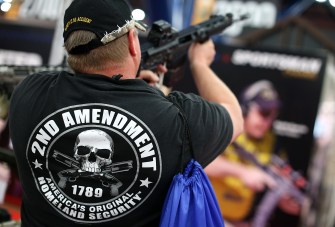 Hardliners supported conceal carry permits and arming teachers in public schools. Nearly half of them reported that violence against the government may be justified. And 74% owned a handgun for self-defense.

Those who were empowered by gun ownership generally had lower education levels. They may go to church but no more than once a month. Those who attended religious services more often reported less empowerment from owning a firearm. The authors suggest “religious commitment offsets the need for meaning and identity through gun ownership.”

Froese told The Pacific Standard that to absolutists, “The gun becomes their sacred object.” It shows strength and authority, something that white men may feel slipping as women are far more liberated today, men make up less of the workforce, and so-called minorities are rising up and having their voices heard.

There’s also the “Browning of America,” a turning point reached in the oncoming decades where white people will cease to be the majority of the country. These rapid changes and a slippage from the pinnacle of the social hierarchy, may have hardliners clinging more steadfastly to their guns. “Gun control for these owners has come to represent an attack of their masculinity, independence, and moral identity,” Froese said.

Our inaugural special issue is focused on progress — the search for, the study of, and the project towards a better world.
Up Next
Surprising Science

We Now Know Definitively What Yeti Are