There’s something strange afoot. It’s not how many people love or hate the Brioni suit-wearing man in the Oval Office. It’s not even that it’s already November — sayonara 2018! It’s that, despite the heavy saturation of political news nowadays, millions of Americans ditched the voting booths during this year’s midterm elections.

Indeed, as a recent Big Think piece pointed out, “If everybody voted, we would likely see different policies than we see today” — and probably for the better, according to the legendary philosopher John Stuart Mill. So then, why didn’t many people across the country show up politically?

Well, first off, there’s no blanket answer to cover this elusive group. In the 2016 book Why Don’t Americans Vote?: Causes and Consequences, the authors Bridgett King and Kathleen Hale point out, for instance, that as many as 14 percent of studied nonvoters said they didn’t cast their ballots because they were sick. As it turns out, voting season parallels flu season. As the Centers for Disease Control and Prevention states on its website, “Influenza activity often begins to increase in October and November.” 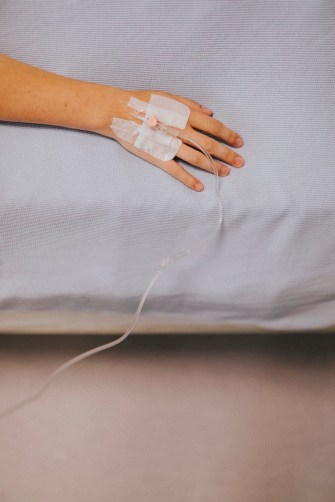 Though illness, in general, results in many people not participating, it is one of a few given reasons for not voting — or to some, “excuses.” For thousands of others Americans, nearly 20 percent of nonvoters, elections come during at a time in their lives when they “don’t have time” to engage in the democratic process. As the year winds to an end, and festive holidays rear their expensive albeit rosy-cheeked heads, many working-class Americans focus more on getting work done.

“Having the time to vote, given work schedules [and such], is certainly likely to account for a large amount,” says Tess Wise, a Ph.D. candidate in government at Harvard University, regarding the population of nonvoters. Election Day itself is always on a workday, Tuesday.

Wise also tells Big Think that, according to engagement studies, such as those shared in Why Don’t Americans Vote, that many nonvoters — as many as 16 percent — felt like their vote didn’t matter. In an era where online trolls spew confusion and bots disseminate subterfuge, elections may be a disheartening time.

According to The New York Times, Russian operatives influenced more than 125 million Americans in the 2016 presidential election through targeted fake ads. This said, for nonvoters, one of their big concerns might be whether their filled-out ballots would counter the amount of votes cast by individuals with gimcrack information. This feeling of abulia amid the auburn leaves of November — Seasonal Affective Disorder begins to spike during the fall — leads us our last significant reason many people don’t participate. 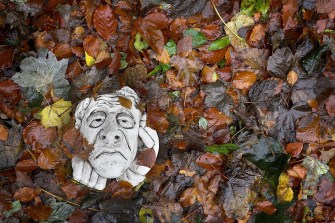 The blues may beckon as the days get shorter in the fall.Photo credit: Christopher Furlong / Getty Images

About 13 percent of surveyed nonvoters said they didn’t participate because they didn’t care for the candidates or issues being discussed. This is particularly true for many young voters, who feel politicians don’t serve their interests. When you pair an already diminished esteem on the weight of your personal vote with a hopelessness and general uninterest in D.C. theatre — perhaps because of oversaturation of certain news coverage, in some cases — you may get a perfect storm of dissonance to render a legion of potential voters lame.

“In general only about 60 percent of Americans vote in presidential elections and about 40 percent in the midterms,” says Wise. “Forty-nine percent in the last election was a record high.” Even with what some political experts called “remarkable” grassroots efforts to mobilize voters during the midterms, particularly those in Florida — a proposition passed to restore voting rights to ex-felons — most voting-eligible people still didn’t show up at the booths.

All of this said, how could we boost voter turnout? Beyond the current efforts to beef up social media safeguards against bots and fake news, as well as political calls to support less “Establishment”-tied figures, perhaps we could amend the law and hold elections during the spring. You know, that time of year when the holidays are not only out of the way, but flu season and gloom season are as well.

When 19th-century lawmakers originally decided to make the first Tuesday in November Election Day, they did so to ensure farmers — much of the make-up of the then-citizenry was agrarian — would have a window of time before winter to vote. Much has changed in the last 173 years, however, in terms of demographics. If all votes matter, and if we’re genuinely interested in maximizing turnout, then we should, much like the lawmakers of yestercenturies, consider better timing.

A new report outlines how the CIA considered using a drug called Versed on detainees in the years following 9/11.