While told as a joke among physicists (and mathematicians, I suppose), what this little list really describes is a hierarchy where the truth of some fields reduces to the truths of others. This “reductionist” view is so prevalent in our culture that it’s really a default or implicit philosophy of science floating around in people’s heads even if they never explicitly think about it.

Today, I want to begin a series of explorations of this idea of reduction — and its alternative — for two reasons. First, I am pretty sure reductionism is wrong, and that’s not the way the world works at all. Second, this view of the world is more than just a matter of philosophy. It has manifested in ways that can be dangerous for our future. For instance, how do we use the living world if we see it as “nothing but” resources? (My colleague Marcelo Gleiser has an answer to that.) What do we expect from artificial intelligence if we see ourselves as “nothing but” neurons?

Thankfully, there is another way of looking at science, truth, and the world which might be more correct and less dangerous. It’s called emergence, and it’s going to be the focus of this series.

The problem with reductionism 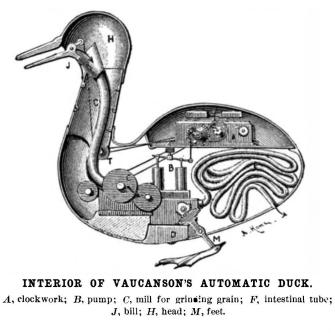 Let’s take the 10,000-foot view to get an understanding of the problem. Here is a nice description of the reductionism perspective from philosopher Paul Humphreys:

Those “fundamental objects” in Humphreys description are the elementary particles of physics: electrons, quarks, etc. So, the idea is that once you have made a list of all those elementary particles and once you know how those particles can interact (i.e., what forces they respond to), you are, in principle, done. Everything that can ever happen, everything that ever will happen is, in principle, encoded in that list of particles and their interactions. That’s why, again in principle, all the truths the sociologist uncovers must ultimately be explained by the truths that the physicist has uncovered.

The simple picture reductionism offers of a world made solely of atoms can no longer be seen as the only “sober” view of science.

Of course, and this is important, sophisticated supporters of this kind of reductionist view have a sophisticated philosophical understanding of how the chain of causes goes upward, letting you go from quarks to mollusks to governments. That’s why I want to unpack the questions reductionism raises over a series of posts. But the little description I’ve penned above demonstrates one of reductionism’s most important consequences. It describes a world without fundamental novelty or essential innovation.

This is really a question of “bottom-up” predictability. If you know the fundamental entities and their laws, you can, in principle, predict everything that will or can happen. All of future history, all of evolution, is just a rearrangement of those electrons and quarks. In the reductionist view, you, your dog, your love for your dog, and the doggie love it feels for you are all nothing but arrangements and rearrangements of atoms. End of story.

“Emergence” is the alternative to this view. As philosophers Brigitte Falkenburg and Margaret Morrison put it, “A phenomenon is emergent if it cannot be reduced to, explained or predicted from its constituent parts… emergent phenomena arise out of lower-level entities, but they cannot be reduced to, explained nor predicted from their micro-level base.” From an emergentist view, over the course of the universe’s history, new entities and even new laws governing those entities have appeared.

The key is evolution.

According to at least one kind of emergentist, the universe most definitely has the capacity to innovate and create novelty. The process it uses is evolution, and evolution is more than just physics. So, from this view, while you are obviously made of atoms, you are also more than just atoms. You, your dog, and the specifics of your person-dog affection could not be predicted, even in principle, even from perfect knowledge of all your elementary particles. 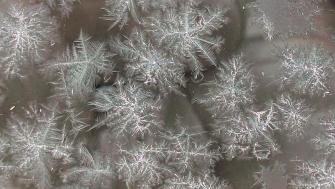 As a philosophy, emergence was first introduced by a group of British philosophers in the early 20th century. They argued that phenomena like life and consciousness were so different from the systems physics studied, that they must represent new entities. But as the biochemical basis for life (e.g., DNA) was uncovered in the 1950s and 60s, interest in emergence waned. As Paul Humphreys notes, there wasn’t even an entry for emergence in the 1967 Encyclopedia of Philosophy. Since then, however, critical developments in a number of fields have brought emergence back into view for both scientists and philosophers.

One of the most important reasons emergence has reappeared is science needs it. At the frontiers of research, there is a remarkable new field called complex systems. Drawing insights from physics, biology, and the study of social systems, the theory of complex systems has given scientists a wide range of examples where new entities and new rules appear to emerge from the networked interaction of simpler parts. Colloquially, the whole is greater than the sum of its parts.

These studies have drawn a new generation of philosophers to re-engage with the ideas of emergence, using the advances in science as a spur to unpack how chains of causation can be closed or opened and run from the bottom-up or the top-down. In these examinations, there have come distinctions like “weak” vs “strong” emergence, as well as those who challenge the need for that split. These are the kinds of issues I want to unpack in this series over the next few months.

To sum it up for now, when it comes to reductionism and emergence, there are many thorny issues that require scrutiny. What is clear, though, is that the simple picture reductionism offers of a world made solely of atoms can no longer be seen as the only “sober” view of science and its perspective on life, the universe, and everything.

Perfectionism is on the rise, and its consequences for mental health can be devastating. The Japanese philosophy of “wabi sabi” can help.
Up Next
Health

For every good idea in evolution, there is an unintended consequence. Disease is often one of them.