On July 14, 1789, the people of Paris stormed the Bastille, a fortress that held both ammunition and political prisoners. Therefore, this uprising had both a practical and symbolic purpose. The people needed to arm themselves. In doing so, they also took down a symbol of the monarchy.

And so every July 14th the French celebrate Bastille Day, or La Fête Nationale.

In a series of posts on July 4th, we looked at quintessentially American ideas, many of which were imported from other countries. Today, in honor of Bastille Day, we are looking at five French ideas and how they have influenced the world.

Let us start with the honorable mentions. We have, after all, set ourselves up for a difficult task in reducing one of the great nations of the world to just five ideas. We could include the metric system, the significant French contributions to music, literature, dance, diplomacy, Impressionism, perfume, Symbolist poetry, the invention of the hot air balloon, the 35-hour work week and the French kiss, not to mention a whole assortment of “French” innovations in lovemaking.

If you feel that a significant French idea has been overlooked, please let us know in the comments below.

“I may disagree with what you have to say, but I shall defend to the death your right to say it.”

The French invented the modern idea of human rights, even though it took many years and guillotined heads to be fully realized. After the horrors of World War Two, the United Nations General Assembly adopted the Universal Declaration of Human Rights, codifying French Enlightenment philosophy as a global idea.

Where did this idea come from? From Descartes, through his attacks on learned prejudice.  From Voltaire, through his articulation of the need for tolerance.  And finally, from Rousseau through his argument that there should be a society with no strict class distinctions, and through his Social Contract under which people, not monarchs with divine power, establish a nation.

There should be the freedom to act and think and speak. And we should protect vulnerable groups whether we agree with them or not.  This is what the French brought to our ideas of Freedom and Human Rights.

The French like to put things in order. That is why they invented the metric system. That is why they developed the 1855 classification system for Bordeaux wines. That is why Baron Haussmann ripped up the medieval core of Paris and installed long, wide boulevards. The French also know how to put their children in line.

Pamela Druckerman describes what she sees as a “minor miracle” in France: “adults in the company of small children at home, having entire cups of coffee and full-length adult conversations.”

How civilized. In the video below, Druckerman, the author of Bringing Up Bébé: One American Mother Discovers the Wisdom of French Parenting, explains how French children can sit through three course meals without throwing their food, or throwing tantrums.

Existentialism is a philosophical ideal that focuses on the individual’s existence in an unfathomable universe and on responsibility for acts of free will, without knowing what is right and what is wrong.According to Jean-Paul Sartre, a leading existentialist, all men are free, they are free to make choices, and take action because there is not a preexisting moral to constrict their individual consciousness.  Although individuals are free to make their own decisions, they are not free from the consequences of these decisions.

The classic example of existentialism in literature is found in Albert Camus’ The Stranger.  Meursault, the protagonist, chooses to shoot a man described in the novel for no apparent reason, and feels no remorse after he does so.  Meursault is then arrested and thrown in jail, and later sentenced to death by beheading, after being called “a danger to society.”  He was free to make the choice to kill a man, but not free from the consequences.

The concept that we commonly refer to today as cinema, was first created in France.  It all began with a film that was 50 seconds long, The Arrival of a Train a LA Cioat Station by the Lumière brothers in 1895.  Then in 1902, Georges Méliès came out with a film that is considered the first science fiction film ever, A Trip to the Moon.

The American director Martin Scorsese paid tribute to the birth of the cinema in France in his 2011 film Hugo. Jean Renoir’s 1939 film, La Règle du jeu (The Rules of the Game) is considered by many to be the greatest film of all time.

French filmmakers like Jean-Luc Godard pushed the boundaries of the art form in the 1960s with experimental techniques. In the image below, Godard is pictured with the portable camera that enabled him to shoot anywhere, documentary-style. 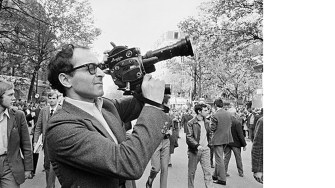 Gastronomy is the study of food and culture that often has an emphasis on gourmet cuisine.  This can be seen as one of the longest standing traditions of pride in France.  A pride based on region.  The idea behind Gastronomy, like terroir, is that the place a wine of cheese comes from, is essential to it’s quality.

The French believe that nothing should be created outside of their area.  After all, if you can make a Bordeaux wine from the grapes grown in your region, why would you ever need to make any other kind?  This belief however goes all the way back to the soil.  Specific dirt creates a specific kind of grass, that is then eaten by the cows, which then creates a certain specific type of milk, and then a specific kind of cheese.

Is the Price of Gold a Barometer for the Global Economy?

Through the worst portions of the global financial crisis, the price of gold skyrocketed from $300 per ounce to $1,900 as investors looked for a foothold in the rocky economic terrain.