The World Cup is in full swing, with all eyes firmly focused on the 32 national teams competing for the coveted, gold-swaddled trophy. So raise your hand if you can name eight of the 12 major cities in Brazil hosting these soccer (or football) matches. To those who can: kudos! Seriously. To those who can’t: fret not, you represent the 100% of people I’ve polled about the locations of the much-watched games.

Although the entire nation of Brazil is technically hosting the FIFA event, it would seem that the majority of the world’s attention has been unfairly given to Rio de Janeiro, Brazil’s most popular destination for leisure travelers.

Strangely, one of the main issues plaguing the perception of the games is the fact that Rio will be the home of the Summer Olympics in 2016. Somehow this one-two hosting punch is doing Brazil’s smaller cities a major disservice, as the media buzzes about whether or not the metropolis will be ready in time for the games due to some recent stumbles for the current soccer championships.

Placing the Rio’s Christ the Redeemer on the World Cup’s promotional materials seems like missed opportunity for Brazil as well. The nation’s second-tier cities may not have an iconic equivalent, but surely there are other ways to insert its smaller hubs — even its capital Brasilia — into the global consciousness. From an American perspective (Brazil is roughly the size of the continental US) a marketing misstep on this level would be akin to hosting the games in cities like Denver, Miami and New Orleans, but only placing the Statue of Liberty on its promotional posters. 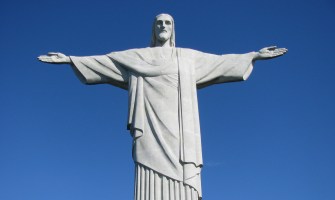 I’ve always seen major sporting events as an opportunity to start a dialog about destinations that haven’t traditionally been on the tourist map, which brings me to my question at hand: in 2014, is there value left in hosting a large-scale event like the World Cup or the Olympic Games?

During the months leading up to the World Cup, there was a fair share of reporting about the questionable financial benefits — both short term and long — of hosting something like FIFA. Economic pundits have explored the potential return on the billions of dollars invested in a variety of categories including global reputation and local infrastructure. Brazil has liquidated its coffers much more than the previous hosting nations, which has come under much scrutiny.

In years past, winning the Olympic bid seemed like a boon for unknown destinations. Take Lillehammer, for example: hosting the worldwide sporting event bumped this tertiary town into the global spotlight forever. In fact, during a trip through Scandinavia about a decade ago I stumbled upon a group of hurried Japanese tourists who had but three destinations on their checklist: Oslo, Norway’s capital, Bergen, the country’s fjord-ridden beauty queen, and Lillehammer, presumably to explore the extant shell of the Olympic village.(Sidenote: Norway is currently bidding to host the 2022 Winter Games in Olso.)

In the heyday of Olympic tourism, hosting the games was like winning the lottery.

But in 2014, unpreparedness and accusations of corruption have become the hallmark of global sporting events. First there was Sochi, with its tales of oligarchical henchman, money laundering, and major accommodation issues documented by Twitter’s comical #SochiProblems hashtag. Then Qatar made waves when it scored the questionably democratic bid to host the 2022 World Cup . And now Brazil has taken the spotlight with critical commentary citing colossal overspending on stadiums and mass disorganization.

The opportunity to catapult a generally unknown destination into the highest stratospheres of travel ultimately hinges upon positive reinforcement — Lillehammer was never plagued by rumors of mismanagement. In recent years we’ve either enabled a series of corrupt bodies or our penchant for salacious reporting has risen to new heights (or both); it would seem that today, the value in hosting the World Cup and other major sporting events has greatly diminished.

Observational evidence gathered from a supernova blast has some physicists arguing that the constant for the speed of light, first calculated by Einstein, is in need of updating.