A few weeks ago Mayor of London Boris Johnson said some questionable things about IQ tests and the benefits of greed, income inequality and shaking boxes of cornflakes. Dorothy Bishop wrote an entertaining take-down focusing largely on the IQ front. Even David Cameron and George Osborne left Boris out in the cold. You can now sign a change.org petition for Boris Johnson to take an IQ test under controlled conditions (he failed spectacularly on the three trick questions that a radio presenter managed to throw at him). I’d like to point to some evidence suggesting Boris is wrong on the greed front too.

Paul Piff, a psychologist at UC Berkeley has over recent years conducted some stunningly old school naturalistic field experiments that look set to become classics, if they go on to be more widely replicated. They’ve already been covered by pretty much every news outlet under the sun so I’ll keep my summary brief. The experiments seem to have been so widely reported due to their beautiful simplicity and findings that couldn’t be more relevant given the banking crisis.

In one experiment, Piff’s group got a confederate to try to cross at a pedestrian crossing while the psychologists scored the class of the car and whether the driver stopped for the pedestrian. 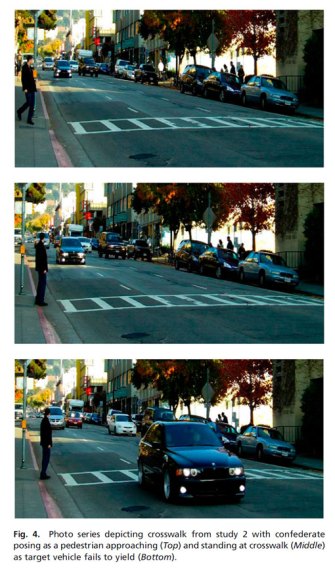 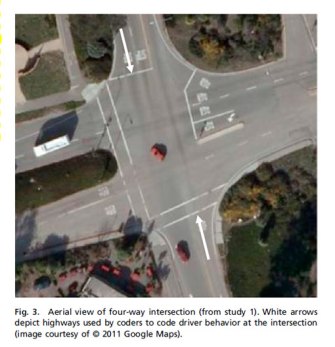 In both experiments none or very few of the poorer cars behaved badly, while the drivers of the more expensive cars were far more likely to cut off other drivers or not stop for pedestrians. 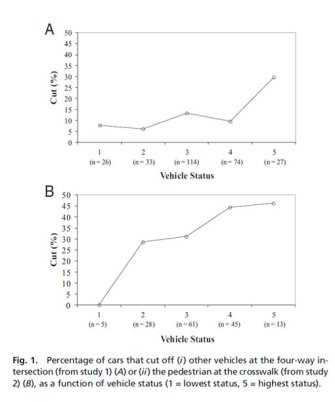 In yet another experiment, participants were allowed to self report their social class on a scale before simply reporting whether they would be likely to act unethically in various scenarios. Once again, high social class predicted unethical decision making. A further experiment found that people who reported themselves as of a high social standing, reported they would be less likely to give a hypothetical candidate that they were tasked with hiring, the full information that the candidate should receive in order to make the decision of whether to accept the job. Piff hypothesises that “more favorable attitudes toward greed among members of the upper class explain, in part, their unethical tendencies”.

In another experiment Piff’s team let participants play for money, a computer based dice rolling game which was rigged to only allow them to score 12 points. The experimenters simply recorded the amount of goes that the participants claimed to get above this number to create a metric for cheating. Fitting in with Piff’s previous findings, social class predicted cheating.

Piff does accept that the findings are clearly not universal with obvious notable exceptions on both ends of the spectrum such as philanthropists and people driven through poverty to crime. It’s important to point out at this point that the findings have been criticised, as Neuroskeptic explains, psychologist Gregory Francis believes that the data is too good to be true – wondering if a technique like optional stopping (data peeking) was used – i.e. stopping the study whenever it reaches significance (which Piff flatly denies). The potentially fishy findings however, do in fact seem to be holding up, with already a couple of successful (partial) replication attempts reported in the Psych File Drawer database – unfortunately the replications haven’t been published and the sample sizes still aren’t as big as they could be to give us a sturdy replication, we’ll have to wait and see what happens when more replications come in, ideally preregistered as Neuroskeptic is calling for.

In a new yet unpublished experiment which I must stress I’ve not yet seen, Piff and his team claim to have taken their ideas a step further. The group rigged a game of monopoly to give one player a ridiculously large and obvious unfair advantage, thereby artificially creating wealth under experimental conditions. This player started with three times the normal amount of money, while the other player received half the normal amount. On top of this, the poor player only got to roll one dice instead of two and got half as much money after passing “go”. Piff’s team secretly watched the players to see what happened. According to Piff, the players given the advantage responded by consuming more pretzels, bashing their chips against the table aggressively and giving off displays of dominance and schadenfreude. Most strikingly however, the players given the huge unfair advantage apparently believed they won the game because of the way they behaved, not because of their huge unfair advantage!

Until we see this latest study published and until we see the earlier experiments replicated with larger samples it is worth taking the results with a pinch of salt, you can watch Paul Piff explain the findings in a new TED talk on the experiments:

After watching Piff’s talk, place the potential implications of Piff’s findings in context with this stunning data visualisation of the true shape of US income distribution in comparison to how Americans both think income is distributed and how they think it should be distributed – the reality being incredibly far removed from both estimates.

Finally, if you’d like to hear more, a film on the topic titled “Park Avenue: Money, Power and the American Dream” citing Piff’s research is available to stream on Netflix (US). At a time of the year that is so famed for consumption, it’s a good opportunity to take a look inwards.

A Close Encounter with the Martian Moon

In order to better visualize the Martian moon Phobos, images from the European Space Agency’s Mars Express orbiter have been combined to create a virtual rotation movie.