“You’re doing it wrong!”  Hard-core Bat-nerds have screamed that phrase at every movie Batman:  Michael Keaton (too short), Val Kilmer (too pouty), George Clooney (too nipple-y), Christian Bale (too growly), and, most recently, Ben Affleck (too Ben Affleck).  If Batman v Superman: Dawn of Justice got you steamed, you might be part of the modern nerd culture that Glen Weldon’s The Caped Crusade: Batman and the Rise of Nerd Culture not only spotlights, but also traces back to the roots of the Batman himself.  When the Dark Knight rose, did the Dork Knight of contemporary society rise (seen above), too? 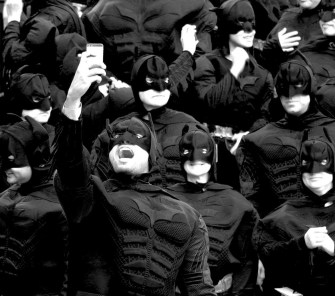 How, exactly, did Batman “start” nerd culture?  Haven’t we always had nerds?  Weldon, who previously wrote the excellent Superman: The Unauthorized Biography, believes that nerds always “lurked in the shadowy corners of popular culture” until Batman helped them come out of their (Bat)cave (as shown above).  “It was Batman—Batman the obsessive, Batman the ultimate nerd—who acted as the catalyst for billions of normals to embrace the culture they had once dismissed or rejected,” Weldon writes.  Although it started with comics, Weldon argues, Batman the movies and television shows “continue to serve as gateway drugs to the nerdly life.”  In Weldon’s eyes, the non-superhuman Batman has one superpower—obsession, encapsulated in the oath he took to avenge his dead parents by “spending the rest of [his] life warring on criminals.”  Batman’s passion makes him the patron saint of sorts for the passionate modern nerd. 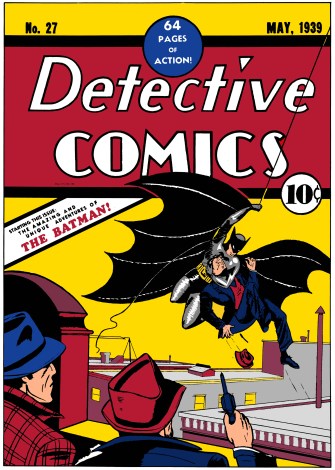 Weldon traces Batman and nerd-dom’s conjoined rise with great detail and humor—the dynamic duo of great Bat-nerdism.  When Batman first swung onto the scene in May 1939 (shown above), his creators intentionally made him everything Superman, the first comic book superhero, wasn’t.  Philosophically, it’s been Batman versus Superman for nearly 80 years now.  Whereas Superman was literally alien, Batman was relatably human (albeit, unrelatably rich).  Weldon follows the Bat-nerd’s devotional evolution from letters pages in the backs of the comics, to fanzines, to (with the advent of the internet) message boards, to fan site, to fan fiction, to full-on cosplay. 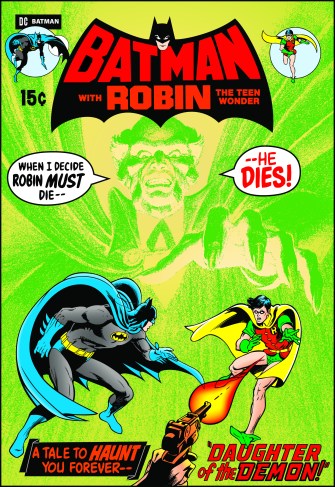 Weldon’s book serves as a gateway drug to Bat-nerdom with its own obsessive approach to every nuance of the eight decades of Batman across multiple media.  As a self-identifying Bat-nerd, I appreciated not only Weldon’s rebalancing of the credit for Batman’s creation between the self-promoting Bob Kane and the self-effacing Bill Finger, but also his shout-outs to Gardner Fox (father of the batarang and other bat-gadgets) and Sheldon Moldoff (the artist who first created Batman’s dark look when he “ghosted” for the artistically challenged Kane).   I found myself transported to 1971 and the first appearance of supervillain Ra’s al Ghul as drawn by Neil Adams, whose photorealistic Batman (shown above) first hooked me onto art.  Even if you think you know Batman, you don’t know Batman like Glen Weldon knows Batman. 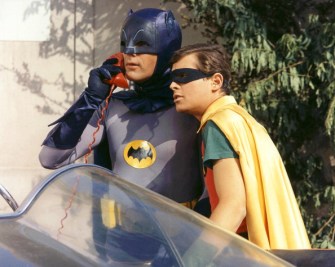 Of course, nerdom is all about believing you know Batman.  Weldon masterfully handles the 800-pound, Pop Art gorilla in the room that is and will always be the 1966 television series Batman starring Adam West and Burt Ward (shown above).  As Weldon narrates, Batman’s continually cycled through darker (loner Batman) and brighter (Batman and Robin) periods, adjusting to the times and the fortunes of the up-and-down comic book industry.  Depending on when you entered the cycle, that’s your Batman.  But for everyone who loves the “batusi” Batman, there are hard-core Bat-nerds who want to bury that incarnation forever.  And it’s that hard-core Bat-nerd that’s increasingly targeted by the movies and comics. 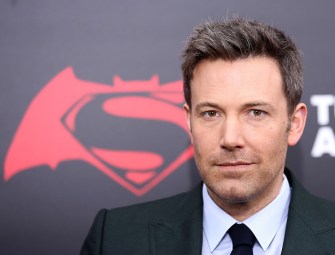 Why so much hate for Ben Affleck, the latest Batman?  A recent Economist article sized up the screen Batmen and judged Affleck to be the biggest and bulkiest (with, surprise, Adam West matching the comic book measurements closest).  Beefy is the opposite of nerdy.  Therefore, Affleck’s Batman—however attractively dark to some—is the least nerdy, at least by that definition.  The Caped Crusade published before Batman v Superman’s release, but Weldon weighed in during an interview to counter criticism of the film and Affleck.  “A story is all I ever want from these characters. They work on an elemental level,” Weldon says. “And that’s the point of my book. You can pick and choose whichever version of Batman you want.” Like Batman’s “caped crusade,” arguments over Batman will never end, which is both Nerd Heaven and Nerd Hell.  Either way, you get to have your Batman while telling everyone else they’re wrong, which pretty much sums up nerd life (and the Internet itself).

If life is indeed a virus, then tardigrades are very likely the vector.