The question of nature versus nurture has spanned disciplines for centuries. While the revolutionary field of epigenetics is opening up new avenues of self-awareness, the comprehension of our environment’s influence is also expanding. You can’t separate yourself from your surroundings. Individual identity is irrelevant when gazed at from above.

It’s easy to confuse environment with environmentalism, given that’s how we usually phrase the territory these days. The connection is deeper than wordplay. Though how we treat the environment plays a role—it is a relationship—the big-picture environment is not what we’re discussing. Whatever environment you inhabit is part of you.

Even that changes. Your identity shifts from home to highway to work to vacation, as does your understanding of who you are. You wouldn’t quite be you if you weren’t brought up where you were. You’re at the whims of your surroundings, all the time. This interdependence is critical for recognizing who, exactly, you are.

This point was driven home while chatting with the journalist, Will Storr, about his latest book, Selfie: How We Became So Self-Obsessed and What’s It’s Doing to Us. The “selfie generation” didn’t arrive from nowhere. Our love of ourselves—our love of looking at our face in a phone camera, then expecting the world will equally adore our image—has deep roots. Most immediately, it comes from my generation, and Will’s: Generation X. But before we get there, we have to travel back to Greece.

In his book, Storr chats with social psychology professor Richard E. Nisbett, who also serves as the co-director of the Culture and Cognition program at the University of Michigan at Ann Arbor. Nisbett points out that this incessant and unquenchable thirst for individualism dates back to ancient Greece. Not just Socrates and Plato, but the very ecology of the Mediterranean nation.

We often hear of tribes, small bands of ancestors that worked together performing various duties to keep their small society functioning. That changed with city-states, then again with countries. While many burgeoning states required input from everyone, Greece’s environment promoted individual efforts. As Storr told me,

The soil there was terrible, no good for farming. Most of the landscape is mountainous, descending to the sea or small, rocky islands. It was broken up into a pixelated landscape, city-states that were independent and clustered together. Even the landscape is made up of individual pieces and parts. You had to be a hustler; you had to be a small businessperson; you had to make olive oil, or tan hides, or fish. People were trading and bartering and hustling. Out of this ecology comes the individual.

Greece is not the only landscape to invoke such a process, though given the literature and mythology it produced, its outsized influence on the world, it makes sense that we point here for an origin myth of individualism. The roots of democracy—one person, one vote—were born here as well. While we have yet to experience anything like perfect equality, this massive mindset shift began on those rocky coastlines.

Individualism has done much good in the world. When combined with Christian ethics, it took power out of the sky, ironically, by claiming that kings and pharaohs were no different than commoners. During a time when gods were throwing thunderbolts and God was demanding child sacrifices, a spirituality for the everyman (and, eventually, everywoman) was being dreamed into being.

Yet individualism also separates. It tears apart communities and families. Instead of actual democracy, which requires dialogue and nuance, it now persists in a filter bubble. The love of the individual also tears us from the environment. Gods that worked and toiled among us in the form of rain and sun and humor and poetry are relatable; a God that “creates” and vanishes, not so much.

For this part of the story, there’s another creation myth, one Storr visits California in the nineteen-eighties to tell. The protagonist is John Vasconcellos, a closeted homosexual who spent thirty years in the state assembly and another eight as a state senator battling his demons on public display. He had a vested interest in psychology, both his own and that of cultures. Heavily influenced by the burgeoning individualist-oriented spirituality arising from Esalen and the est movement, Vasconcellos proposed the State Task Force to Promote Self-Esteem in 1986. His initiative was funded; self-esteem became a state, then national, curriculum. 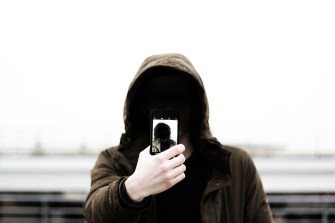 In a time before “going viral” was a goal, Vasconcellos’s influence spread quickly. Gone were the days of physically and verbally disciplining children. Coddling became chic and, basically, legislated. Everyone gets a trophy. Constructive criticism is child abuse. Chocolate chip cookies make for a wonderful dinner provided the infant’s ego is boosted.

Storr spends an entire chapter on this saga, in which he reveals that Vasconcellos hid evidence that the science of self-esteem wasn’t as rock-solid as he proposed. Inconvenient data were conveniently forgotten. By the time this knowledge became public, it was too late: we were in love with being in love with ourselves. This is the environment into which the selfie generation was born.

Self-esteem is not free, however. As Storr reports, it’s quite expensive.

Or, as he puts it in Selfie:

The American self brought with it a widely magnified emphasis on the power of the individual. The self was inherently heroic, now, and if you failed to live up to the heroism that was already in you, you were categorically a failure.

Today many of us live in fabricated environments, in which we can adjust the heat and lighting at any time. We eat fresh fruit in the winter and turn the channel when an opposing viewpoint is expressed. We never have to be uncomfortable; we never need to feel oppressed by the sun or rain, those ancient gods we saw fit to destroy.

In constructing our utopia we left two fundamentals behind: the necessity of suffering and the need for connection. Still, we suffer, in the environment we created, only because we don’t match up to the perfect beings we imagine. We don’t take heed of one of psychologist Jordan Peterson’s rules for life: Compare yourself to who were you were yesterday, not to who someone else is today. Through a litany of hashtags and provocative posturing we desperately try to build a following without exhibiting any qualities of an actual leader. 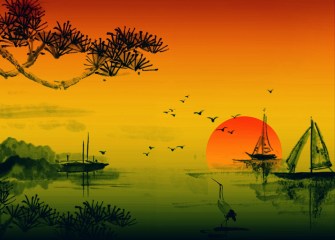 Storr writes that even the way we’re taught to see reflects this trend. In Western cultures, we stare at a painting to spot a subject. In Eastern cultures, which are predominantly more collectivist than ours (though that too is changing), no singular item stands out. The interplay of all forces involved is recalled. The relationship between individual and environment remains intact.

Environments change, especially ones of our own making. This weekend’s March For Our Lives, centered in DC but spread out across the nation, is a wonderful example of collectivist power in action. So too the Women’s Marches that are now an annual institution. It’s as though Americans needed to witness the overwhelming destructive power of the Id to finally awaken to what matters: each other and our connection to everything around us.

Not that we’re there, or anywhere, really. We inhabit the reality we’re creating. The further we stray from the very real forces of nature, the more we feel adrift, lonely, isolated. Group fitness drove us to the top of the animal kingdom. We forget that at our own peril. We’ll create the environment of our demise until we learn better—or until the environment we’ve forgotten is done with us, at which point there will be no more decisions left to make.

Former Cambridge Analytica employee Christopher Wylie made a series of surprising assertions about the data mining company to British lawmakers on March 27.