The upcoming royal wedding on Saturday is generating countless headlines and millions are expected to watch it live. But a new poll suggests most Brits couldn’t care less.

A YouGov poll, commissioned by anti-monarchist group Republic, shows that 66 percent of Brits aren’t interested in the event, and 60 percent plan to have a regular weekend as Prince Harry marries retired American actress Meghan Markle at St George’s Chapel in Windsor Castle, a spectacle that’s expected to be covered by 5,000 media staff and attended by about 100,000 people.

The polls also shows that 57 percent of Brits think the royal couple, not taxpayers, should pay for security and police to work the event. The government has already provided a $4.8 million grant for police overtime alone, and costs will surely exceed that, considering about $32 million went to security at Prince William and Kate Middleton’s wedding in 2011, according to CBS News. 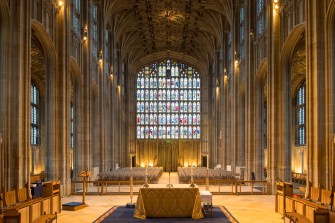 Compared to the 2011 royal wedding, Brits are planning relatively few celebrations for Saturday. The Independentreports that many areas are expected to see a sharp drop in street parties compared to 2011, judging by the number of road closure applications city officials have received so far.

Still, an opinion poll published last week shows most Brits support the monarchy continuing, though pride for the royal family seems to be stronger among older people. Royal support also depends on personality. About half of the respondents to the YouGov poll said they’d prefer someone other than Prince Charles to succeed the queen, while 37 percent were fans of the prince.

“This YouGov poll shows a very clear picture of a nation disinterested and apathetic about the royal family,” Graham Smith, chief executive of Republic, said. “We’re not a nation of republicans yet—but we’ve stopped being a nation of royalists.”

In addition to the public picking up a chunk of the wedding tab, the royal family still enjoys some other questionable, centuries-old luxuries.

“A monarchy is profoundly anti-democratic, both in definition and accountability,” wrote Jacob Shamsian at INSIDER. “The royal family and their major estates—the Duchy of Lancaster and the Duchy of Cornwall—aren’t required to pay any taxes even though they obviously benefit from public funds. If they pay taxes voluntarily, they aren’t audited. They’re also beyond the reach of freedom of information laws.”

The Matthew effect: Is inequality just a fact of the universe?

The Matthew effect or Price’s law shows us how inequality can be a fact of nature. What does this mean for our debate on inequality in our society?