Plastic surgeons have recently begun noticing a disconcerting trend: People are bringing in selfies—often filtered and heavily edited selfies—and asking for procedures that will make them look like their idealized versions of themselves.

The phenomenon is dubbed ‘Snapchat dysmorphia’ in a recent article published in JAMA Facial Plastic Surgery by researchers from Boston University School of Medicine’s Department of Dermatology.

Why Snapchat? The popular image-sharing app and other apps like Facetune offer features that let you put flattering filters on photos, smoothen skin, whiten teeth and even make your eyes and lips look bigger. With these options, anyone can cover up their perceived flaws in seconds.

It’s this instantaneous access to ‘perfection’ that seems to be driving the phenomenon. In the past, photo-editing technology was only readily available to celebrities doing a photoshoot or to people familiar with Photoshop. Now it’s on all our phones.

“This is an alarming trend because those filtered selfies often present an unattainable look and are blurring the line of reality and fantasy for these patients,” the article reads. “The pervasiveness of these filtered images can take a toll on one’s self-esteem, make one feel inadequate for not looking a certain way in the real world, and may even act as a trigger and lead to body dysmorphic disorder (BDD).” 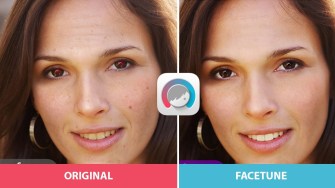 BDD is an excessive preoccupation with the perceived flaws in your appearance. The disorder affects both adults and children, particularly young people who’ve suffered from some form of bullying or childhood abuse. It’s related to obsessive-compulsive disorder, with symptoms including intrusive thoughts and repetitive behaviors like checking the mirror.

“The disorder is more than an insecurity or a lack of confidence,” the article reads. “Those with BDD often go to great lengths to hide their imperfections, engage in repetitive behaviors like skin picking or grooming, and may visit dermatologists or plastic surgeons frequently, hoping to change their appearance.”

The International OCD Foundation estimates that BDD affects 1.7 to 2.4 percent of the U.S. population, or between 5 and 7.5 million people. It’s possible the real number is higher, however, because people are often reluctant to reveal BDD symptoms.

Studies have shown that:

Plastic surgeons also report that patients are approaching them about different things compared to a few years ago, according to the article. Currently, about 55 percent of plastic surgeons say they’ve had patients who want to improve their looks in selfies through surgery—up from 42 percent in 2015. Also, compared to past years, more patients are now concerned about nasal and facial asymmetry, hair transplants and eyelid surgical procedures.

The authors don’t quite say selfies and photo-editing technology are causing body dysmorphia, but they do warn of the dangers of patients pursuing unattainable ideals.

“Filtered selfies especially can have harmful effects on adolescents or those with BDD because these groups may more severely internalize this beauty standard,” the article reads. “It is important for clinicians to understand the implications of social media on body image and self-esteem to better treat and counsel their patients.”

“Hothouse Earth” is basically a self-sustaining engine of warming and carbon. Ummm…