As with the end of any long-term relationship, pinning down a specific date for when the Beatles (shown above, frolicking in 1964) — the most influential group in the history of popular music — ended isn’t easy.  But if we must point to specific date, a good candidate is April 10, 1970—the day that Paul McCartney announced he was leaving the group.  It took five more years to iron out the legal issues, but that date was at least the beginning of the beginning of the end.  But wasn’t it Yoko’s fault?  Didn’t she push John Lennon to leave?  Who really “killed” the Beatles?

The carefree days of the early and mid-1960s felt like a century before they began work on the album Let It Be in 1969.  In retrospect, the film documentary produced to record the making of the album now allows us to see the break up happening right before our eyes.  Tensions clearly fill the room with every shot.  Prisoners of their own mammoth fame, the Beatles longed for the simpler days (hence the song, “Get Back”) and tried to recreate them in gestures such as the famous “rooftop concert” (video shown above), but nothing could bring them back together.  Growing older, as well as spiritually and artistically, meant growing irrevocably apart.  But who, among these Fab Four suspects, really “killed” the Beatles? 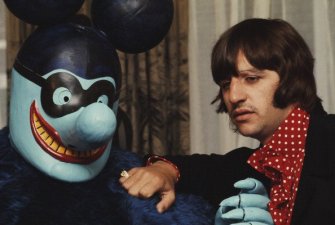 Who was the first Beatle to try to quit?  The most unlikely one, of course—Ringo Starr (the meanie shown above with a Blue Meanie from the film Yellow Submarine).  On August 22, 1968, Ringo, feeling alienated from the group during recording sessions for The White Album, told his bandmates he was leaving.  “It wasn’t just me; the whole thing was going down,” Ringo explained later.  “I had definitely left, I couldn’t take it anymore. There was no magic and the relationships were terrible.” Starr escaped to the Mediterranean for two weeks of vacation, during which he wrote the song “Octopus’s Garden.”  McCartney filled in on drums during Starr’s absence.  When the other members of the group telegrammed Starr, “You’re the best rock’n’roll drummer in the world. Come on home, we love you,” he returned.  The renewed partnership after that near-death experience for the Beatles sustained them, at least for a year. 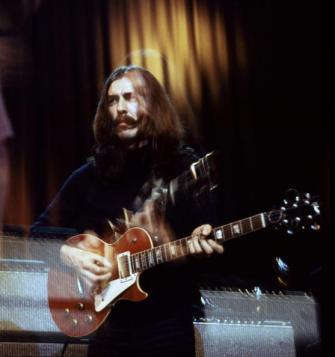 Who was the second Beatle to quit?  George Harrison (shown above) on January 10, 1969, got up at lunch during the Let It Be recording sessions and said “See you ’round the clubs.”  Rather than telegram their love, as they did with Ringo, the remaining Beatles got angry.  Lennon immediately suggested replacing George with Eric Clapton, who was “just as good and not such a headache” (as well as a close friend of the Beatles—particularly Harrison, whose then-wife Patty Boyd would later inspire Clapton to write “Layla” and later marry him).  After a series of meetings, Harrison returned five days later but under a host of conditions, including no more live shows (although he did agree to the aforementioned “rooftop concert”). 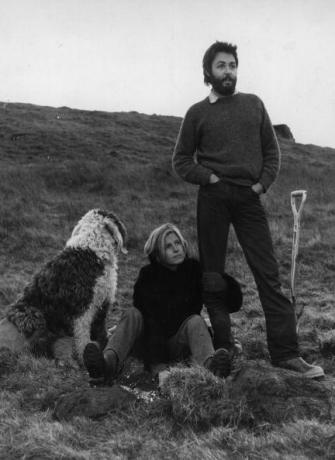 Two suspects left.  It couldn’t be Paul, could it?  The “cute one”?  On April 10, 1970, McCartney held a press conference to announce he was leaving the group.  The day before, April 9th, McCartney released a statement to the British press promoting his first solo album, the eponymous McCartney.  Citing “Home, Family, Love” as the theme of the album and reason for going solo on the album (as well as posing for domestic images such as the farm-filled shot with wife Linda shown above), the press release said nothing about leaving the Beatles permanently.  The April 10th announcement dropped like a bomb on the other Beatles.  Soon McCartney would pit his attorney and father-in-law Lee Eastman against Allen Klein, the other three Beatles’ business manager, for royalties and creative control of the Beatles’ legacy.  Contemporary papers charged McCartney as the “killer” of the Beatles and, even worse, using the controversy surrounding the breakup to promote his new solo work.  Unlike Starr and Harrison, McCartney would never return to the full Beatles’ lineup.  Only in 1995, 25 years after the breakup and 15 years after Lennon’s assassination, did Paul work again with both George and Ringo and a virtual, pre-recorded John on the single “Free as a Bird.” 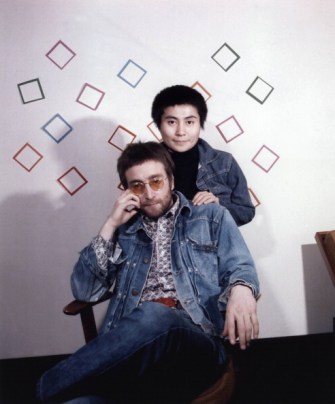 So, why are John and Yoko (mostly Yoko) charged with “killing” the Beatles today? “It’s a simple fact that [Paul] can’t have his own way, so he’s causing chaos,” Lennon remarked a month after McCartney’s bombshell. “I put out four albums last year, and I didn’t say a f***ing word about quitting.”  The standard arguments blaming Yoko Ono claim that her relationship with Lennon pulled him away from the group, that Lennon’s insistence that she be involved creatively in the Beatles (as seen throughout the Let It Be documentary) alienated the others (particularly Harrison, who already felt like a third wheel after Lennon and McCartney), and that the success of Lennon and Ono’s new group, the Plastic Ono Band, made Lennon want to move on.  Lennon later claimed he “quit” the Beatles in September 1969, but signed a huge, new royalty deal that same month with his co-Beatles, so he couldn’t have totally checked out. 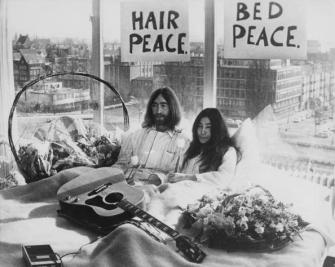 The group kept Lennon’s leaving a secret from the press, as they had with Starr’s momentary escape.  (Harrison’s was already captured on film.)  Perhaps they didn’t take him seriously.  Perhaps they didn’t think it would ever really end.  Sadly, over the years, McCartney’s role in the breakup’s been erased and a mythology has grown around Yoko Ono’s involvement.  As a politically outspoken, Asian, woman avant-garde artist, Yoko Ono was an easy target for misogynists, conservatives irritated by her anti-war protests (shown above), and others reluctant to blame any of the actual Beatles for the final breakup.  Maybe McCartney announced his decision as a preemptive strike knowing that Lennon was already leaving?  Maybe McCartney would have stayed if not for John and Yoko?  Who “killed” the Beatles?  Maybe it was all of them.

Could dark matter not exist at all?

It’s said to be the majority of matter in the Universe, but how sure are we of that?“For the moment we might very well call them DUNNOS (for Dark Unknown Nonreflective […]