Thanks for the follow, Sarah, and thanks to the rest of you Tweeps too. I’m humbled and encouraged by the support. 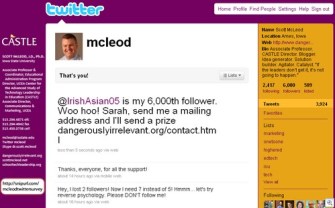 Should we get rid of technology directors?

[This is a guest post from Doug Green. If you’re interested in being a guest blogger, drop me a note. Happy reading!]Update: see also Don Watkins’ response to this post.With […]