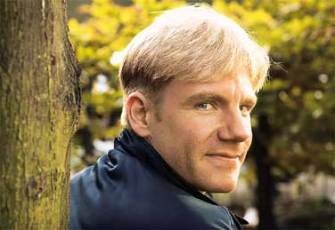 If the author is skeptical of mainstream science, is there a conservative think tank behind them?

A new study by a team of political scientists and sociologists at the journal Environmental Politics concludes that 9 out of 10 books published since 1972 that have disputed the seriousness of environmental problems and mainstream science can be linked to a conservative think tank (CTT). Following on earlier work by co-author Riley Dunlap and colleagues, the study examines the ability of conservative think tanks to use the media and other communication strategies to successfully challenge mainstream expert agreement on environmental problems.

In the study, the authors first offer a conceptualization of environmental skepticism as an ideology and movement:

Using this definition as a guide, they then search publishing databases to identify books between 1972 and 2005 that fall into this ideological category, observing indicators of author affiliation, sponsorship, and/or publication by conservative think tanks. As they report:

…of the 141 books which promote environmental scepticism, 130 (92.2 per cent) have a clear link to one or more CTTs -either via author affiliation (62 books) or because the book was published by a CTT (five books) or both (63 books). Furthermore, most of the remaining 11 books clearly reflect a conservative ideology, but are not connected to a CTT and are not coded as such here. Indeed, it appears that only one of the 141 books was written by a current self-professed liberal – Greg Easterbrook (1995).

Here’s the conclusion to the study:

X-FILES 2: A Cultural Resurrection for the Paranormal?

Note: Trends reflect the number of combined articles appearing annually in the New York Times and the Washington Post containing in the headline or lead paragraph the key words for […]