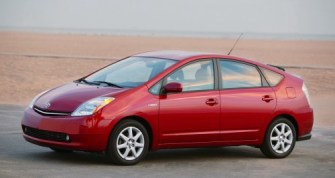 I just drove round trip from the Minneapolis airport to Madison in a rented Toyota Prius. I have to say that the car is super fast and smooth and has amazing handling. Although the interior and accessories leave some things to desire, the handling compares with the best German cars. Highway mileage, however, is about what you get in a traditional compact or mid-size. The Prius is probably the only car I will rent from now on and I am hoping that other similar hybrid models will appear soon.

In Wisconsin, An Offline Discussion About Expelled Strategy