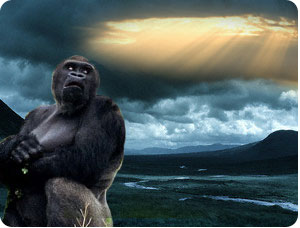 Full details are now available for the previously announced panel on Communicating Science in a Religious America at February’s AAAS meetings in Boston.

Over the coming decades, as society faces major collective choices on issues such as climate change, biomedical research, and nanotechnology, scientists and their organizations will need to work together with religious communities to formulate effective policies and to resolve disputes. A major challenge for scientists will be to craft communication efforts that are sensitive to how religiously diverse publics process messages but also to the way science is portrayed across types of media. In these efforts, scientists should adopt a language that emphasizes shared values and has broad appeal, avoiding the pitfall of seeming to condescend to fellow citizens or alienating them by attacking their religious beliefs. Part of this process includes “framing” an issue in ways that remain true to the science but that make the issue more personally meaningful, thereby potentially sparking greater interest or acceptance. With these themes in mind, the panel combines the insights of scientists who have been successful at engaging religious publics with the findings of researchers on how media messages and opinion leaders shape the perspectives of citizens. The panelists draw on their experience working across the issues of evolution, climate change, stem cell research, and nanotechnology.

The scientific and legal failings of the intelligent design (ID) movement stand in sharp contrast to its substantial gains in public support. The popular support the ID movement has received points to a profound failure on the part of the scientific community to articulate its message in the public square. ID’s intentionally vague use of the word “design” has been at the heart of its successes. I will suggest ways in which the scientific community can reclaim this term and publicly place the anti-evolution movement in its proper context outside the scientific mainstream.

Evolving God in America: A Role for Agnosis in the Science of Religion–Barbara J. King, College of William and Mary, Williamsburg, VA

In engaging broader audiences, scientists can sometimes be most effective by refusing to ground their arguments in personal belief. King uses as a leading example her book Evolving God: A Provocative View on the Origins of Religion (Doubleday 2007). When writing about the prehistory of religion, King let reasonable speculation about the data on chimpanzee empathy, Neandertal burial, and Homo sapiens ritual be the “hook” for introducing religious audiences to the scientific research in the area. She finds that this narrative, case-study approach conveys science to publics who are hungry to read primarily about religion, but who might not otherwise seek out information about science.

Several best-selling authors have sparked widespread media attention with their argument that science undermines the validity of religious belief, or even in many cases, respect for religion. Yet how is the substance of their message transformed in a conflict hungry and ideologically fragmented media system? This presentation reviews quantitative content analysis data on the media representation of the “New Atheism,” comparing recent coverage to more than two decades of news attention to science and religion.

With three decades of experience working on science curriculum issues in Kansas, Steve Case reviews research and lessons learned on what it means for a scientist to engage in productive community dialogue. Case has come to view dialogue as a communication process in which citizens conceptualize and perceive specific pathways to achieving collective goals. Case argues, however, that scientists are too often seen by the public as removing pathways toward collective goals, with negative emotional reactions a result.


As nanotechnology emerges on the public agenda, citizens are struggling to make sense of a technology they know little about. Similar to other scientific controversies, such as GMOs or stem cell research, individuals therefore use their value systems and religious beliefs to make sense of new information and media messages about these emerging technologies. Based on his work as co-leader of the Center for Nanotechnology in Society at Arizona State University, Scheufele discusses findings from a series of national surveys for public policy and future trends in public opinion. He also presents recommendations on the types of messages that religious audiences are likely to respond to on nanotechnology, and the communication channels by which they are likely to be reached.

Related
Life
Visualization test
Lorem ipsum dolor sit amet, consectetur adipiscing elit. Nullam id tincidunt mi. Morbi malesuada nulla sit amet est hendrerit tincidunt. Etiam viverra, nisl id volutpat eleifend, est augue sodales orci, […]
L&D Strategy
Transfer of learning: The necessary step to make learning stick
Transfer of learning is a concept that should be top-of-mind when planning any learning and development program. Why? In a perfect world, the billions of dollars organizations collectively spend every […]
Starts With A Bang
Why we’ll never see back to the beginning of the Universe
We thought the Big Bang started it all. Then we realized that something else came before, and it erased everything that existed prior.
Thinking
Is there an afterlife? See how your answer compares to polled Americans
There is more consensus on what heaven looks like than hell.
Thinking
How science changes the way we think, according to 10 leading scientists
A group of prominent scientists shares how research has changed them.
Up Next
Guest Thinkers
63% of Election Coverage Focuses on Strategy Frame
As I have detailed in past studies and as we write in the cover article at The Scientist, the dominant frame that appears when science turns political is the “strategy” […]