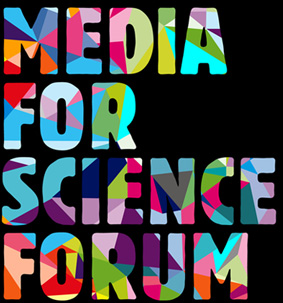 Organizers of the upcoming Science for Media Forum in Madrid, Spain have launched a blog as part of the build up to the event. In the first posts, several European-based journalists raise concerns about the increased financial pressures on news organizations that have reduced the amount and quality of science coverage. At the same time, there is concern about the resources spent on journalism in comparison to those spent on public relations, including the contributions to “science hype” from university-based communication initiatives.

In articlespublished with colleagues last year and in posts at this blog, I have raised similar concerns.

In particular, relative to the responsibilities and practices of research universities, given the severe pressures to the news industry, to what extent should the resources traditionally spent on media relations–or for example the production of a university research magazine–be better spent in collaborating with journalism schools and faculty on launching digital news communities that would cover issues of science, health, the environment, and technology that are relevant to the university’s state, region or community and that actively engage local citizens as users, contributors, and co-creators of the news site? Similar to the model for public media in the U.S., these efforts could also be underwritten, for example, by biomedical or technology companies, with content shared with other local or regional news outlets. They can also be the organizing hub and digital complement to many of the innovations being applied in the design and use of face-to-face public forums and other engagement initiatives.

Below are a few highlights from the views posted so far at the blog for the Media for Science Forum. You can also check out the full agenda for the conference.

I asked recently some active members of the Finnish Association of Science Editors and Journalists (FASEJ) what they think about future of science journalism in Finland. They were rather optimistic. One said that there’ll always be a need for good stories based on scientific facts. An ex-editor-in-chief of the largest popular science magazine said that science based stories are best entertainment. Another science journalist reminded me about shadows: in spite of good profits big media companies have fired about 100 experienced good journalists during last year – journalists specialized on science among them. Time schedules have become shorter and stories have to be published much more quickly than earlier. What follows is that there are more mistakes; texts and graphics are based on wrong or false data. Is it because of a lack of time to check the facts or is it because of a lack of good journalistic skills? Whatever the reason is columns of corrections grow longer. Finland has adapted US experiences in many ways after the World War II. Is the future of science journalism in Finland similar to the current situation in USA, too?

In another post, Elmar Veerman, a Danish journalist with VPRO, one of the public broadcast outlets in the Netherlands, considers the amount of money spent by universities and corporations on public relations, with each organization besieging journalists with attempts to boost their single study or product. Veerman wonders if the resources might be better spent as pooled money that would underwrite the efforts of independent science journalists:

That’s no reason to complain, of course. I can choose what to do with all those offers. I mostly ignore them. But it seems such a waste of money. How much do universities, research foundations, medical centers and other producers of scientific results spend on science communication, all aimed at a small and diminishing group of science journalists? It seems harder and harder for them to get our attention. Surely they see the problem here too? Journalists are the bottleneck in the science communication chain, simply because there are so few of them. Or perhaps there are too many communicators. Wouldn’t it be better if all those universities and institutions gave a small part of their communications budget to a fund that would pass it on to independent, skilled science journalists? That way, their press officers would have more people to sell their news to. And the public would get more science news, which would be more reliable too. What do you think?

In a third post, Vladmir de Semir, Director of the Science Communication Observatory at Pompeu Fabra University in Spain, offers similar concern about the resources spent on public relations efforts and in particular the embargo policy at scientific journals:

The constant stream of embargoed news releases distracts journalists from what they should be doing–namely, taking a more critical approach to their beat. The existence of this embargo-driven “pack journalism” should be antithetical to a group that usually resists any authority trying to influence what it does. It is strange that journalists acquiesce to the will of such powerful publishing organizations.[ii]

In the last World Conference of Science Journalists (WCSJ) held in London, June 2009, there was a panel turned to the embargo system. The conclusion for many was that embargoed science turns journalists into agents of propaganda and standardizes science news all over the world. Vincent Krienan advised to journalists: “It’s time to walk away from the embargo. Just walk away.”

Related
The Future
Custom Image Test
Lorem ipsum etc etc etc etc
Life
Visualization test
Lorem ipsum dolor sit amet, consectetur adipiscing elit. Nullam id tincidunt mi. Morbi malesuada nulla sit amet est hendrerit tincidunt. Etiam viverra, nisl id volutpat eleifend, est augue sodales orci, […]
L&D Strategy
Transfer of learning: The necessary step to make learning stick
Transfer of learning is a concept that should be top-of-mind when planning any learning and development program. Why? In a perfect world, the billions of dollars organizations collectively spend every […]
Starts With A Bang
Why we’ll never see back to the beginning of the Universe
We thought the Big Bang started it all. Then we realized that something else came before, and it erased everything that existed prior.
Thinking
Is there an afterlife? See how your answer compares to polled Americans
There is more consensus on what heaven looks like than hell.
Up Next
Guest Thinkers
Slate: More Science Won’t Solve Climate Change Gridlock
Daniel Sarewitz, professor of science policy at Arizona State University, has an important op-ed at Slate today explaining why if we continue to frame the climate change debate in terms […]