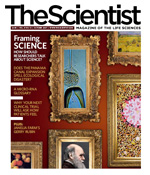 The editors at The Scientist have made our October cover story on framing freely available for the month of October. Make sure you check out our 4,000 word feature, the common set of frames that apply across science debates, the sidebar emphasizing eight key recommendations for moving forward, editor Richard Gallagher’s views on framing, the reader poll, and the ongoing discussion forum hosted by The Scientist (at the end of the feature).

Re-cap on talks in Minneapolis

I’m back in DC after an all too short trip to Minneapolis. Chris Mooney and I flew in to speak at the annual meetings of the Association for Reproductive Health […]