The first season of edublogger fantasy baseball is nearing its conclusion. Dr. Jon Becker of Educational Insanity ran away with the league, despite many of us his questioning his sanity as he added and dropped Billy Butler from his roster multiple time over the season (there’s apparently a real love-hate relationship there). Poor Chris Higgins of Mr. Higgins’ Blog spent much of the season holding down the twelfth spot and Chris Lehmann at Practical Theory made a heroic charge in the last week to squeak into the sixth and final slot for the playoffs. Here are the final regular season standings: 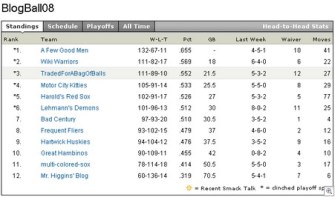 The playoffs have now begun. Here is the bracket for the top six teams vying for the championship: 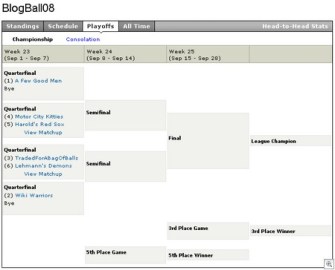 And here is the consolation bracket for the rest of the teams: 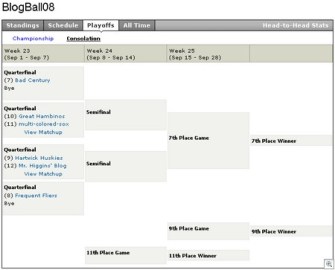 Recommended reading – The world has changed

I often get asked by administrators for some recommended reading. Here are some of my favorite books on how the world has changed. If the Amazon widget doesn’t load in […]