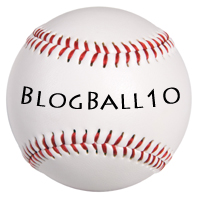 It’s spring training for Major League Baseball and that means it’s time for another season of edublogger fantasy baseball! Last year’s champions, Vinnie Vrotny and Rick Heitmeyer, have their trophies and hopefully will be back to defend their titles (we had enough participants for 2 leagues last year). I shall return as well, hoping to improve on my annual late-season collapse.

Same rules and league settings as the two previous years. A trophy for the winner(s). Friendly banter, potential bragging rights, and loads of baseball fun could be yours!

If you’re interested, complete the BlogBall10 online registration form no later than March 21, 2010. First come, first serve. You must have an active education blog to participate. We’ll make as many leagues as we can fill. Opening Day is April 4!

Rethink Learning Now asks:Why don’t schools with the biggest challenges have access to the biggest talent?Answer My answer:Because as educational systems we allow individual teacher preferences and/or union seniority systems to trump […]