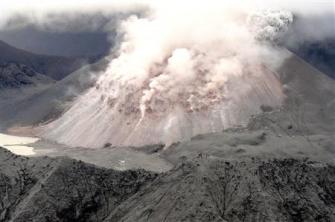 Some news from the Chaiten eruption. Apparently, LanChile has cancelled some flights around the region of southern Chile due to the ash. They likely implies that the eruption column is bigger than reported by the SERNAGEOMIN on Monday, but the report has little in the way of details. Sounds like the volcano is still huffing and puffing away. Definitely one of the more important and interesting eruptions in the last few hundred years and it has the Cascades Volcano Observatory along with the USGS VDAP buzzing (based on some conversations I’ve had recently), even almost four weeks in.