April Fools’ day is a beloved and loathed holiday in many countries. The yearly tradition of pranks, hoaxes, and jokes goes back all the way to the reign of Roman emperor Constantine and the occasion of his allowing a jester to reign as king for a day. In honor of the great jokers, pranksters, and the suckers that fell for it of ages past; we have seven of the greatest April Fools’ pranks of all time. 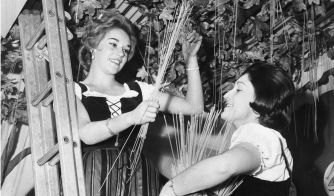 In 1957, the BBC news program Panorama announced that the dreaded spaghetti weevil had been eradicated from southern Switzerland, leading to a tremendous crop of spaghetti. The prank was rather elaborate and featured footage of farmers harvesting pasta from trees. Many fooled viewers called in asking how to grow their own spaghetti trees, with the BBC encouraging them to “place a string of spaghetti in a tin of tomato sauce and hope for the best.”

This hoax, while harmless, was criticized for abusing the trust that viewers had in the program and of anchor Richard Dimbleby. The BBC considered it hilarious and has never expressed regret over it. 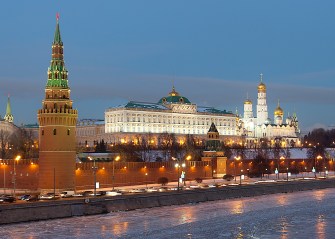 One of the first, if not the first, hoaxes on the internet, this prank goes back to a message board in 1984. In a post allegedly written by General Secretary Konstantin Chernenko, it was announced that the USSR was joining the early internet with domestic sites and connections. This shocking report, not only that the USSR was opening up to the west in such a way but also that the Russians would have a potently dangerous level of access to American computer systems, fooled many people.

This hoax began a long and prestigious line of pranks offered by the internet every year. Of course, some of them have become a little more elaborate than a post on a webpage. All these fantastic jokes owe a debt to this short post. 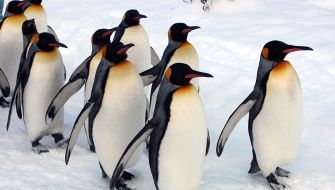 Penguins are both adorable and incapable of flight (Getty Images)

Another BBC prank, this one was a trailer for a nature documentary explaining the discovery of flying penguins in Antarctica. The related informational releases explained the birds had evolved the ability to fly so they could enjoy winter retreats to the Amazon. The birds were said to be very isolated and unreachable by most explorers, but the intrepid BBC crew had risked life and limb to document the spectacle of the migration.

To make it even more obvious that it was a prank, the entire short was hosted by Terry Jones of Monty Python’s Flying Circus.

This prank was pulled off by Sports Illustrated in one of their more famous articles. Finch was a pitching prospect found by the New York Mets in 1985. Raised in an English orphanage and a student of Tibetan Yoga, Finch was said to have baseball skills beyond belief. Among other things, he could throw a fastball at 160 miles per hour without warming up and pitched while wearing only one shoe.

The Mets created a uniform for him to be used in the fake images for the article. The elaborate hoax included pictures of Finch at practice and holes in walls caused by his fastballs blowing through them. At least two general managers of other clubs called the league offices asking how their players could safely bat against Finch and swarms of reporters tried to find the man for interviews.

Fans were disappointed to learn April 8th that Finch had decided to abandon baseball. They learned week after that they were fooled.

The eruption of Mount Edgecumbe 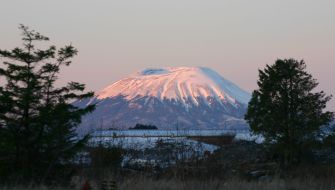 The volcano as it is normally seen. (Public domain)

In perhaps one of the greatest pranks of all time, in 1974, residents of Stika, Alaska saw smoke rising from the top of the dormant volcano,Mt. Edgecumbe, not far from their town. Almared by the lack of warning signs that the volcano might awake, the coast guard sent a helicopter over the mountain to investigate. The pilot ended people’s concerns when the words “April Fool” were seen on the rim of the volcano in 50-foot letters.

Local resident Oliver Bickar, who had planned the prank for several years, had set a large pile of tires he had placed near the summit of the mountain on fire. This prank was well received and was even featured in adverting for flights to Alaska. 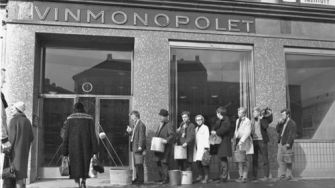 A recreation of the event for the camera. (hoaxes.org)

In 1950 the Aftenposten, the largest newspaper in Norway, reported that the state monopoly on wine sales had accidentally received too much wine from France and had run out of bottles to place it in. This was not unheard of, as bottle shortages would have been common after World War Two. The paper continued to note that the surplus wine would be sold at a 75% markdown to anybody who came in with a container to carry it out.

Stores sold out of buckets as people lined up to get cheap booze. The same buckets were found left in the streets when people realized they had been duped.

The Associated Press gets it wrong 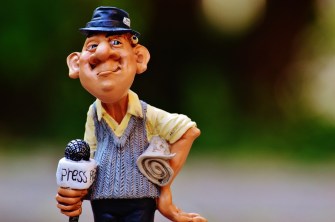 In 1983 a young Associated Press reporter telephoned Joseph Boskin, a professor of history, to ask him about the origins of the holiday. Boskin explained that the first April Fools’ day was celebrated during the Reign of Roman Emperor Constantine, who had appointed one of his jesters, a fool named Kugel, king for the day. One of the decrees of King Kugel was that the day would be dedicated to absurdity in all years to come.

What the AP didn’t realize was that their source had made up the story and fooled not only the respected news organization but also all their readers. You are now included in that set.

Here are some real potential origins of the holiday, none are agreed on, and some are downright implausible. Whatever the origin, remember not to believe everything you read today or any other day for that matter and beware your prankster friends.

This is exactly how long it takes to build a friendship

This study shows just how long it takes to make a good and lasting personal connection with someone.